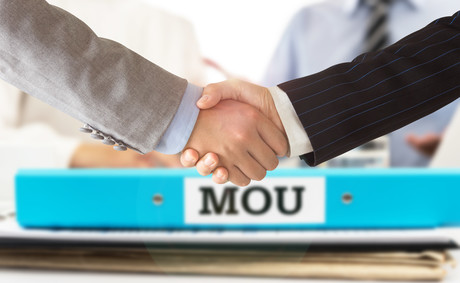 TCCA and industry association 450 MHz Alliance (450A) have signed a memorandum of understanding that formalises cooperation between the two organisations in the field of mission-critical mobile broadband communications.

The move is intended to enhance relations within the critical communications sector, and support and promote the development and deployment of standardised technology, solutions and applications.

TCCA and 450A have similar and complementary interests within the field. TCCA is 3GPP’s Market Representation Partner for critical communications, while 450A represents the interests of 450 MHz spectrum stakeholders… such as those involved in M2M/IoT for smart grids and metering.

“450 MHz Alliance is excited to partner with TCCA recognising the synergy between the two organisations,” said Gösta Kallner, Executive Chairman of 450A.

“We share many common objectives, including promotion of robust solutions for mission-critical communications such as smart energy, smart cities, transportation, etc.

“In addition to our key market of mission-critical public safety, our work on standardisation is relevant to many sectors with critical users, including smart cities, smart grids and the wider applications of the IoT,” said TCCA Chief Executive Tony Gray.

“In some of these areas there is already available spectrum in 450 MHz and others are actively seeking it. TCCA and 450 MHz Alliance have a number of members in common, so collaboration for the benefit of all is an obvious step forward.”

It delivers critical radio communications to first responders and essential services to the...