Don't get left behind by digital radio 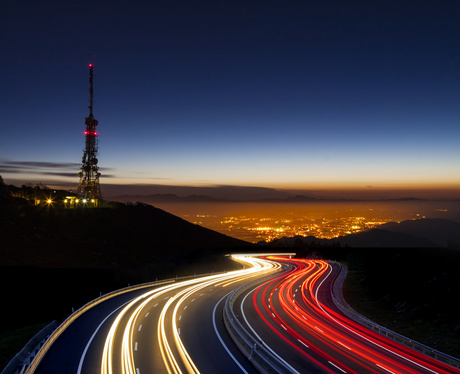 Dealers need to get aboard the digital bandwagon or be left behind.

The shift from analog to digital comms is progressing across Australia, with many end users having already made the switch. But another switch that needs to be made is within the dealer ecosystem, where anecdotal evidence suggests that some dealers are being left behind by the move to digital.

At least, that's the argument put forward by Kevin Cuyler of Ace Comms. He said that some dealers are being left behind for lack of willingness to retrain themselves, or for lack of access to training resources.

“The move from analog to digital means that a lot of dealers who are only doing analog need to retrain themselves into digital — because a lot of two-way radio guys don't understand digital," said Cuyler.

“This is a major issue. A lot of the dealers out there, especially the small to medium dealers who don't have the resources — they simply can't fly all over the country to do a training course," he added. “The big manufacturers don't fly out to the middle of Australia to go and teach dealers how to do digital. So this is an issue that the industry is having. A lot of the older guys — those who've been in the radio game for 20–30 years — simply don't understand digital, because it's new."

Cuyler said that for bigger companies, which might have an age spectrum from apprentices to 50-year-old managers, it's not an issue. But for the small, one-man guys working out in the middle of nowhere, they simply don't have access to those resources.

“And some of them are resisting it," said Cuyler. “So when a customer comes to them and says, 'I need some two-way radio equipment', they quote analog — and they only quote analog — because that's what they know.

“Now, whether the customer needs analog or digital is immaterial," he added. “And look, most of the time on simple push-to-talk, you can get away with analog — there's no need to go digital.

“But when the system's getting a little bit bigger and more complex, these guys are quoting analog gear — and some of them are winning the deals — but they're not going with the new technology. And sometimes when they lose the deal, they lose it to another company that does know what's going on with digital."

So the dealer could be missing out on business, and/or the customer might be getting analog gear when they really should be going digital?

“That's right, because the dealer out there has not explained to them what's available, because he simply doesn't understand it," said Cuyler. “And this is something that we have to do. We're offering in-house training. With Sharepoint now, you'd don't need to actually get someone from Kalgoorlie all the way to Brisbane to do a training course. You can sit down for a couple of hours and do it on Sharepoint; you can show the guy how to program his radios while he's sitting in his workshop in Kalgoorlie or Alice Springs."

So what can a dealer do if he or she feels they are getting left behind?

“They need to get hold of us," said Cuyler. “If they are not an authorised Kenwood, Icom, Motorola, Vertex dealer, they need to speak with us. Because through our distribution agreements we have with Motorola, we can train up our own distribution network."

Are legacy systems your Achilles heel?