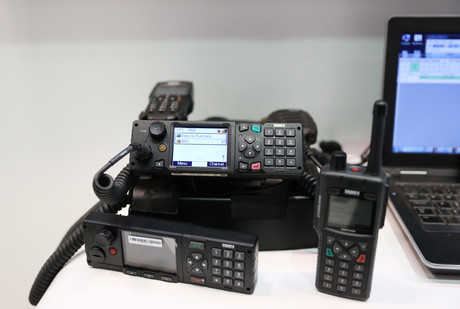 The acquisition of Sepura by Hytera will see innovation boosted, while maintaining the same level of customer support and service.

The acquisition of Sepura by Hytera is now complete, with the overall Hytera Group steaming ahead with plans to make the most of the advantages inherent in the combined product lines, corporate talent and regional experience of the combined entities.

The majority of the process was finalised in May 2017. “The PMR industry is seeing rapid evolution, and Hytera leads in incorporating new technologies and attractive features that deliver more effective solutions for our customers,” Qingzhou Chen, founder, chairman and president of Shenzhen, Guangdong-based Hytera, said at the time.

“Adding the Sepura Group complements our strengths in technological innovation, especially in TETRA, along with adding sophisticated engineering talent and an experienced operating team,” he added.

With more than 7000 employees, Hytera bills itself as the world’s fastest-growing PMR solution provider, and the world’s top DMR Tier III trunking provider. With the acquisition of Sepura, the company now claims more than 40% global market share in TETRA, which includes the North American market under the PowerTrunk brand.

To find out more about Hytera Group’s plans for the Sepura, Teltronic and Hytera brands in our region, Critical Comms spoke with Terry Feng, Hytera Communications Australia’s Brisbane-based managing director, and Terence Ledger, Sepura’s regional director for the Asia–Pacific.

Feng said that from an end-user point of view, customers will no longer be faced with difficult choices between brands. “What was in the past several different brands, now is consolidated into one,” he said.

From the dealer channel point of view, Feng said they will now have a clear choice under one coherent banner, adding that the next step is to unify all the advantages of each manufacturer, making it easier for the dealer channel and project partners to deal with the Hytera Group for TETRA business.

Feng also talked up the advantages of the wide spread of talents in the combined Hytera Group.

“All different sorts of people have different ideas,” he said. “Think about the 200 staff in Germany in Hytera Mobilfunk, also roughly 700 staff in Teltronic and Sepura, and the couple of hundred engineers in China as well. That’s a lot of engineers and staff supporting all these products. And from the service point of view, that’s also a gain for the channel partner.”

“There’ll be more innovation,” Ledger said. “We’ve got some exciting new stuff coming up from Sepura which, without this investment, may never have happened or would have happened over a much longer timeframe. We’ve now got the additional resources to focus on new product innovation.

“Anything that we release will definitely be based on the Sepura look and feel, and the Sepura methodology when it comes to software etc, to make sure every device is a best-in-class TETRA radio device,” he added.

According to Ledger, each of the different Hytera Group businesses have their own strong merits. For instance, “Teltronic is very strong in the rail and public safety verticals, and that’s going to continue. Teltronic is a TETRA Transport Solutions Competence Centre. They have public transport LTE pilots up and running around the world, and there is a plan to leverage that across the whole Hytera portfolio.

“So if you’ve got a rail product, you know that there is a part of the Hytera Group that is a specialist in that field, that can talk the jargon, who understands the mindset of the customer in that particular vertical,” he added. “Similarly with oil and gas with Sepura TETRA devices… we’ve got a very good grasp on that. So we can be very much more vertical focused.

“We have products for all verticals… so if you’re like a hotel that just needs a very basic DMR radio system, then we can address that need,” Ledger said. “Or if you are an exclusive, five-star hotel with a casino attached, and you need to have a high level of security, then the Hytera Group has products that can meet that part of the market.

“The customers are winning in that we can provide nearly any solution that they would need.”

In practical terms, the job now is to get sales engineers cross-trained between TETRA and DMR, and the merger of the two Melbourne offices into one, which is planned to be the Sepura office. All locations will be co-branded Hytera and Sepura. The existing Hytera team will focus on DMR and building DMR opportunities, and the Sepura team will be focused on TETRA.

And as far as any changes customers might see in terms of support and service, it’s “business as usual”, said Ledger. “Our aim is to ensure customers are not impacted, that they continue with the same level of service as before. They can expect that the product will the same, the support will be the same and the people they speak to will be the same.”

The missing link in cloud adoption

Fostering the high-tech workers of the future

nbn and the future of digital education — are you ready?