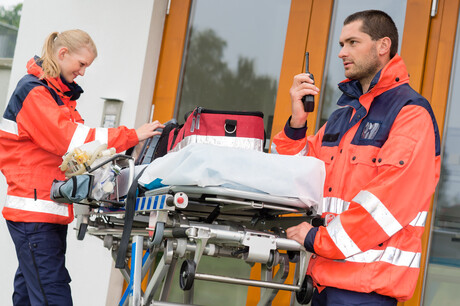 Australia’s public safety communications ecosystem urgently needs to be officially recognised as critical infrastructure in order to secure its future.

The sudden arrival of two first responders in your home late at night to assist with a health emergency tends to really focus your attention on what you do in your professional life related to promoting the importance of a mission-critical, public safety communications ecosystem.

It forces you to ask yourself what you can do to contribute to the enhancement of this ecosystem and the operational capability it provides to the public safety agencies (PSA) that protect the communities in which we live. Importantly, the ecosystem also supports the health and safety of our first responders themselves as they go about their jobs of saving lives and protecting property.

You only have to watch the nightly news broadcasts to see the environment in which first responders now have to perform the roles expected of them. Those first responders have an expectation — indeed, a right — to be able to perform their roles and (like all workers) go home to their families and loved ones in one piece. Unfortunately, more and more often that is not always the case.

Our first responders rely on the communications ecosystem to give them the capability to obtain and exchange information about the incidents they have to deal with, at any time and at any location. It is also their lifeline if they become victims at the incident to which they have been dispatched, if the nature of that incident suddenly changes from a passive to a reactive situation.

Readers of my articles will be aware that I strongly believe that, in the context of the above, the ecosystem needs to be recognised as part of Australia’s critical infrastructure — and even more so as the ecosystem adjusts to the introduction of the enhanced operational data-carrying capability that will be provided by public safety mobile broadband (PSMB) in the coming years.

This new capability should be welcomed and will mean Australia will join the global community of those already possessing this capability (FirstNet in the USA), those rolling out the capability (the Emergency Services Network in the UK) or those procuring the capability (BroadWay in Europe), each of which involve partnerships with the private sector. But it also means that the sophistication and complexity of the ecosystem will rapidly increase as other initiatives such as the Internet of Public Safety Things (IoPSTs) emerge as another component of it.

As has been reported previously in Critical Comms, submissions have been made to various government committees — in particular, the House of Representatives Standing Committee on Infrastructure Transportation and Cities, and even the Joint Parliamentary Committee of Intelligence and Security — about the need to have the ecosystem recognised as being part of Australia’s critical infrastructure, and to highlight the risks associated with public safety mobile broadband, eg, cybersecurity.

The point of these submissions is to have the communications ecosystem covered and protected by the same legislation and regulation that applies to sectors already defined as being critical infrastructure, ie, energy (electricity and gas), telecommunications, transportation, water and marine.

Those submissions have been unsuccessful to date. Yet even as the sophistication and complexity of the ecosystem continues to grow in parallel with the consumer-driven need for 24/7 global connectivity — and as Australia comes out of COVID-19 and into a technical recession — you have to ask whether public safety is going to miss out again on a significant government policy initiative. That is, the concept of replicating the success of the ‘national cabinet’ in planning Australia’s response to COVID-19, by forming a group of state and federal ministers to focus on technological issues and the establishment of a Technology Senior Officers Group.

This Technology Senior Officers Group was announced in a communique released at the inaugural meeting of the respective State and Federal Ministers for Digital Economy and Technologies, held on 15 May 2020.

The question to be answered is, who is representing the ecosystem in this new policy initiative? Given that one of the outcomes from the introduction of PSMB in other countries is to allow first responders to develop innovative technology solutions to the problems they encounter, you would think that initiatives associated with their health and safety, including mental health, would surely be a top priority.

In closing, my recent close encounter with those two first responders has increased my respect for the roles they perform in increasingly difficult and dangerous circumstances. And it has re-energised me to continue the fight to identify in the minds of our politicians and key decision-makers, the importance of the ecosystem being recognised as critical infrastructure, and to actively engage with governments — as well as with industry, industry associations and standards organisations that support the ecosystem, the broader communications sector and the market in which the ecosystem functions — on the development of policies that will impact the ecosystem both now and in the future. But a little help would be much appreciated.

Geoff Spring is a Senior Advisor to the University of Melbourne’s Centre for Disaster Management and Public Safety, and a member of the P25 Standards Steering Committee.

Three consortia have been chosen to build prototypes for the BroadWay pan-European broadband...