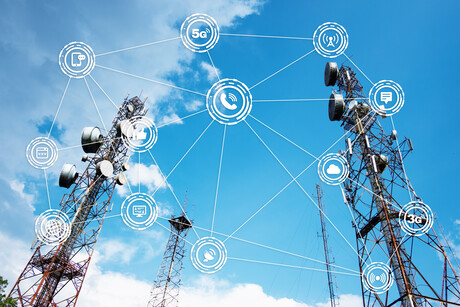 The association has concerns the ACMA five-year outlook shows a bumpy road ahead in some areas.

Each year the Australian Communications and Media Authority (ACMA) prepare a work plan for spectrum management for the coming five years. The document is known as the Five Year Spectrum Outlook (FYSO) and although it has been in operation for several years now, under the new Radiocommunications Legislation Amendment (Reform and Modernisation) Act 2020 it is a required document for the ACMA to report to the Minister for Communications. It is also how the ACMA advises industry on what it is planning and what has been achieved over the past year.

Over several years the Australian Radio Communications Industry Association (ARCIA) has been a contributor to the FYSO comments, in particular about any planned actions regarding the spectrum used by ARCIA members, but also in an overall spectrum advisory role to ensure that other user groups are also protected, with their specific needs recognised. It has also been through involvement in the FYSO process that we have been able to have the need for spectrum for private LTE/5G systems recognised and now included in the spectrum allocation plans.

In addition to the usual spectrum planning works for the coming years, there will also be changes to be managed as part of the transition to the new Act, which begins to take effect from mid-June 2021. In this regard, ARCIA has concerns with the lack of detail around the outline of work that has been included in the FYSO outline, one small item to cover many significant changes to the regulator’s role and operations.

One important area that will involve significant work is to do with equipment standards. Under the new Act the ACMA is able to set Equipment Rules, which will determine the requirements for approval of radio transmitters. Until now the standards were determined by Standards Australia and then subsequently adopted by the ACMA; however, with the new globalised markets and policy changes within the Standards Australia regime it means that there is a need to recognise international standards and not have specific requirements for our market.

As a result, ACMA must now not only establish the Equipment Rules, but must also ensure that they are easily accessible by any potential supplier or importer of equipment. One of the underlying aims of the spectrum review and resultant new Act is to address the concerns about those who buy radio products on the internet without the technical capacity to ensure compliance with standards.

With no actual industry input into the selection of equipment or the relevant technical standards, who will be responsible for ensuring interference remediation caused by non-compliant equipment?

At the basic level ACMA must also ensure that the technical requirements of equipment as outlined in the proposed Equipment Rules are readily available to everyone and provided in a language and format that is easily understood by non-technical personnel. ARCIA is concerned that in the FYSO outline of the future work plans for ACMA there is little indication given on the amount of work involved in this process. In addition, the existing ACMA website does not seem suited to providing ready and simple access to this critical information. Anyone who has tried to seek technical information from the ACMA website will understand this concern.

Unless these areas are addressed correctly and the information is readily available, there is a real risk it will lead to degradation of the spectrum, with poor quality equipment and unlicensed users gradually creating interference that will hamper the ability of licensed users to get proper use of the spectrum. Near enough will not be good enough in the long term, while ACMA will not have the resources to manage the concerns when the situation deteriorates.

Unless the effort is invested initially to make sure things are correct, it may not be possible to retrospectively correct the issues and a valuable resource may become corrupted and lose efficiency.