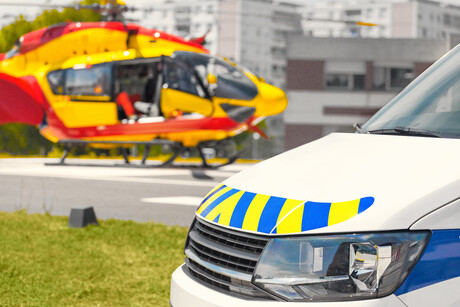 Three consortia have been chosen to build prototypes for the BroadWay pan-European broadband communication system.

In the face of current crises, the need for improved cross-border operations is evident. BroadWay, a European pre-commercial procurement (PCP) project, is working towards that objective. The project will enable European first responders and public safety services to communicate at any time, regardless of their geographical location, by establishing a pan-European interoperable mobile broadband system for public protection and disaster relief (PPDR) users.

Currently, each European country has its own communication system for first responders and public safety services, a situation that has major limitations. Not only is there minimal interoperability between countries — which limits international cooperation — but there is also the widespread use of narrowband technology, which enables the transmission of only voice and short data.

The aim of the BroadWay project is to achieve operational mobility for public safety responders across Europe by linking national mission-critical mobile broadband networks to act as one.

Such a system will enable pan-European national mobility and communication between first responders, providing the highest levels of security and reliability across Europe, at any time, regardless of their location.

Work has already begun in recent months to prepare for BroadNet. BroadNet will procure and operate a live pan-European system, interconnecting national mobile broadband systems after the BroadWay (PCP). Discussions are ongoing on how to structure future pan-European agreements necessary for effective pan-European governance of BroadNet.

The BroadWay Group of Procurers will start up discussions across their national government departments for the support needed. Initial discussions have taken place with the European Commission and the European Investment Bank to explore possible financing options.

On 6 July 2020, the Solution Prototype Phase (Phase 2) officially began with the signing of contracts by Astrid SA, the Lead Procurer of the BroadWay PCP, and three successful consortia led by Airbus DS, Frequentis AG and Leonardo S.p.A.

For Phase 2, each consortium has been awarded €1.4 million approximately and their aim is to develop BroadWay prototypes over the next 10 months, including an initial demonstration to the BroadWay Group of Procurers in November 2020.

The Airbus DS consortium includes Airbus itself, plus Belgacom International Carrier Services, Proximus SA and StreamWIDE, along with PentaTech, Proximus Luxemburg and Umlaut. 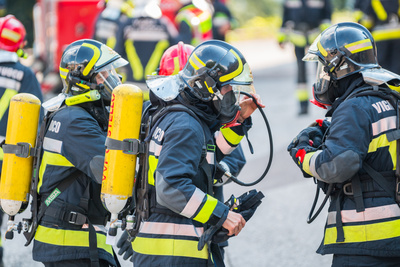 The BroadPort prototype will provide an idea of what is technically possible with operational mobility, including the ability for public safety responders to access and share information from anywhere, with assured confidence in the security, availability and continuity of their services.

The evaluation of the prototype solutions — to be carried out by Astrid SA’s Group of Procurers — will be supported by the Practitioner Evaluation Team, which is a group of public safety responders representing all disciplines from across Europe and is led by the Bavarian Red Cross.

The BroadWay Project has received funding from the European Union’s Horizon 2020 research and development program under Grant Agreement No. 786912.