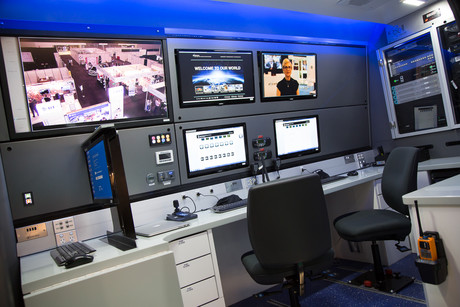 The recommendation was made at the 21st meeting of the APT-AWG in Bangkok, and includes the APT 700 MHz band 28 and the Asian LTE 800 MHz band 26, which are the two most commonly adopted public safety (PS)-LTE bands in Asia.

The move takes into consideration the growing communication needs of public protection agencies and organisations that are vital to the maintenance of law and order, protection of life and property, disaster relief and emergency response.

The recommendation recognises Resolution 646 approved by the ITU’s World Radio Conference 2015 (WRC-15), which encouraged administrations to use harmonised frequency ranges for PPDR to the maximum extent possible, and to consider parts of the frequency range 694–894 MHz for broadband PPDR applications.

The APT-AWG recommendation also takes note of ITU Recommendation M.2009, which identifies radio interface standards applicable to PPDR operations including TETRA, P25 and LTE, and ITU Report M.2291, which provides details of the capabilities of LTE to meet the requirements of applications supporting broadband PPDR operations.

“PPDR systems have a critical role to play in effectively and efficiently satisfying local, national and international public safety objectives.”

Phil Kidner, CEO of the TCCA, called it a “huge step in the creation of a common global implementation of broadband for public safety”.

“It is essential that we all work in harmony to ensure the best use of investment and resources to maximise the impact and the value of public safety professionals worldwide,” said Kidner.

Some Asian countries have already allocated dedicated spectrum for PS-LTE, including South Korea where 10+10 MHz was allocated for a nationwide PS-LTE network after the disaster on 16 April 2014 when the ferry MV Sewol capsized with the loss of 304 passengers and crew.

Most ASEAN countries including Thailand, Malaysia and Singapore have allocated spectrum in the 800 MHz band 26 for PS-LTE, and trials were held in Singapore during recent national elections and other events.

India has also allocated 700 MHz Band 28 for use by defence services that operate the national disaster relief agency.

Nationwide rollouts in the United States, South Korea, the UK and hopefully Australia are expected to trigger significant large-scale investments in PS-LTE throughout the globe.

The critical communications broadband LTE market is expected to increase at a compound annual growth rate of 20%, from $1.1 billion in 2015 to reach $2.6 billion in 2020.