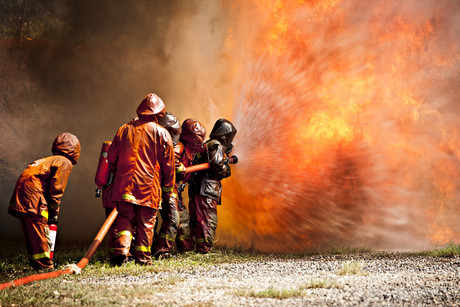 Four projects worth $37.1 million will improve communications resilience during emergencies.

The federal government announced, 12 May, funding to the tune of $37.1 million to improve communications resilience during times of natural disasters, particularly bushfires.

The allocation is part of an earlier-announced $650 million bushfire recovery program, which itself is part of the government’s $2 billion National Bushfire Recovery Fund announced in January.

The new funding will be divided amongst four measures.

$18 million (which includes $10 million from the Mobile Black Spot Program) will be spent on providing backup power sources for mobile phone towers, to be called the Mobile Network Hardening Program. Loss of mains power was the primary cause of base station outages during the recent bushfires.

The money will provide for batteries and diesel generators for base stations built under Rounds 1 and 2 of the Mobile Black Spot Program, to increase backup power duration from between 3 and 8 to up to at least 12 hours where possible.

There will also be a competitive grants process that will fund up to 50% of the capital cost for upgrades for other, high-priority mobile phone base stations. These upgrades will include improving backup power, infrastructure hardening measures and providing backhaul redundancy.

$10 will be allocated for the purchase of cells on wheels (COWs), mobile exchanges on wheels (MEOWs) and NBN Road Muster satellite trucks.

Of this, $1.7 million will go to NBN Co for the Road Muster trucks and 12 portable satellite kits.

The remaining funding will be allocated via a competitive grants process. The facilities will be owned by telcos, on the basis of solid commitments for making them available for use during emergencies. Carries and NBN Co will contribute up to 50% of the cost, with the government making up the rest. The companies will be responsible for operations, maintenance and any replacement costs.

$7 million will be applied to the deployment of approximately 2000 NBN Co satellite services, spread across the nation, for use by rural and country fire services. They’ll also be deployed at designated evacuation centres. Up to 100 especially critical sites will also have solar panels and batteries installed.

$2.1 million will be spent on a pilot program during the next two bushfires seasons, aiming to improve the flow of information about communications access during emergencies. A major aim of this program will be to reduce reliance on single forms of communications technology.

“Access to telecommunications before, during and after a disaster is critical. We need to learn from what happened in the 2019–20 bushfires — and make our networks more resilient in the future,” Minister Fletcher said.

“The measures we’re announcing today will help Australians stay connected when it matters most, and maintain the ability to contact family, insurers, and emergency and support services.”

“Supplementing today’s announcement is the discussion paper we recently released on the design of Round 5A of the government’s Mobile Black Spot Program, to ensure that regional communities are benefiting as much as possible from this successful program,” Minister Coulton added.

“One of the objectives of Round 5A is to improve mobile connectivity for communities in disaster-prone regions, so in conjunction with this additional investment announced today, regional areas will be much better prepared during future emergencies.”