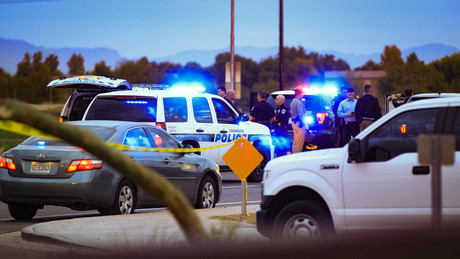 Technology is only part of the communications equation — working together is even more important.

Across Arizona’s Phoenix Metropolitan Region, the police, fire, EMS and other municipal services use a well-maintained and highly reliable state-of-the-art P25 trunked radio system. Formed in 2008, the Phoenix area Regional Wireless Cooperative (RWC) supports 19 member agencies, representing the majority of cities, towns and fire districts across the ‘Valley of the Sun’. The cooperative provides governance, quality infrastructure and economy of scale, and freely shares interoperability resources with non-members.

The RWC is a cooperative body formed under intergovernmental agreements, with direction provided by a board of directors made up of one representative from each member and overseen by an executive director and staff. While the City of Phoenix serves as the administrative manager for administration, financial management and staffing, each member from the smallest to the largest has an equal vote in the operations and governing of the cooperative.

Membership categories include full members, associate members (such as contracted ambulance services), conditional participants (not yet full members) and interoperability participants. Funding is provided through per-subscriber membership fees that are based on the number of subscribers in the system, assessed on an annual basis.

The RWC has created multiple interoperability talk groups in subscriber zones that are freely shared with both members and non-members for interoperable purposes when working with RWC member agencies.

These wide-area roaming talk groups are part of a standards-based regional plan that includes immediate tactical operations as well as groups reserved for planned-in-advance operations and events. These resources are shared with local, regional, state, federal and tribal entities throughout central Arizona and are in use on a daily basis.

Resources include both unencrypted and encrypted talk groups with interoperable encryption enabled by sharing of a single common AES-256 encryption key. All encryption is managed via over-the-air rekeying (OTAR) from a central server in Phoenix (primarily for members) with the key material also provided to any area system with their own key management server and OTAR capabilities.

Large-scale events such as the NFL Pro Bowl and Super Bowl XLIX in 2015, and the NCAA Final Four in 2017, to daily short-term tactical incidents, have proven the capabilities of both the RWC as well as the regional interoperability processes. 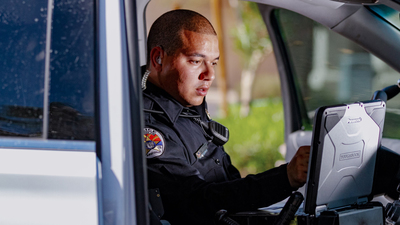 One of the most valuable interoperable resources in the Phoenix region is the public-safety answering point (PSAP) intercommunications system, often referred to as the ‘PSAP Channel’, which links all dispatch centres across the region (both members and non-members) in a ‘party line’ fashion.

The PSAP talk group is allowed only in dispatch centres, never for mobile or portable subscribers, and is used on a daily basis to request outside agency resources while also coordinating inter-agency communication and cooperation.

The RWC system is a 700 MHz Phase I/FDMA system that is in the process of migrating to Phase II/TDMA. With coverage of more than 20,000 square kilometres and more than 4.5 million citizens (3+ million within the actual member jurisdictions), the system encompasses 15 cities and towns, four fire districts and a community college district, and supports 43 interoperable partners.

In 2018 there were more than 28 million calls with only 131 busies, most of which went through on the second PTT.

The Phoenix area RWC system is a robust, well-maintained and highly reliable resource for day-to-day, mission-critical, life safety communications. The sharing of interoperability resources, supported by the Phoenix Urban Area Security Initiative (UASI) as a cooperative effort across all public safety entities in the region, continues to play a vital role in interagency cooperation.

One of the key elements of success across the Phoenix Region is the good relationships that are enjoyed across agencies both members and non-members. While the RWC system embraces state-of-the-art technology, excellent operational and maintenance capabilities, excellent coverage for both local jurisdiction and wide area operations, it is this ability to come to the table and work together that is our most valued resource.