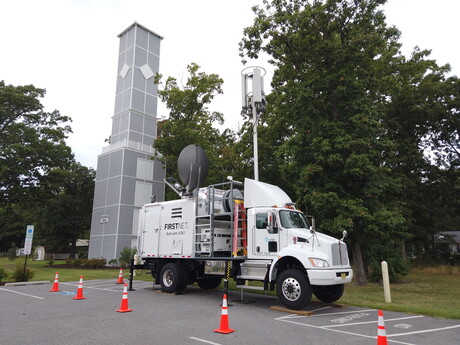 FirstNet users in the US have had access to a national public safety mobile broadband network for quite some time now — something Australian first responders can still presently only dream of, despite assurances in recent years that Australia has essentially ‘caught up’ with global developments. And now, FirstNet users have even more communications options up their sleeve.

The first solution is called MegaRange, which AT&T says enables subscribers to use the highest power class signalling available on Band 14 in the US.

According to the company, MegaRange will be useful for rural, remote and maritime first responders, as the solution can substantially improve connectivity, particularly at the edges of the network.

It will also be useful for urban and suburban responders, with the stronger signal more likely to reach into difficult places such as building shadows, car parks, garages, basements, elevators and stairwells.

The new location capability is called Z-Axis for FirstNet. It will enable emergency services organisations to locate their first responders in the vertical plane (inside tall buildings) as well as the horizontal plane.

This kind of spatial awareness capability has not previously been available using traditional GPS-based location methods, according to AT&T. Intrepid Networks is the first provider to bring the Z-axis capability to market, via its Response situational awareness platform.

US public safety agencies can now purchase their own compact, rapidly deployable (CRDs) network assets in the form of cells on wheels, which can be deployed by a single person within a matter of minutes.

These CRDs link to FirstNet via satellite and have their own power supply, making them suitable for use during emergencies in areas where communications are temporarily unavailable.

With LMR interoperability, FirstNet PTT gives staff who do not need LMR (such as those who use smartphones) and others who travel outside LMR coverage, to remain connected to the wider FirstNet system. Eleven FirstNet Ready devices are already approved for FirstNet PTT.

“First responders are the heart of FirstNet, and it is their input that is shaping the new tools and technologies on their network, today and for decades to come,” said Jason Porter, Senior Vice President, FirstNet Program at AT&T.

“It is exciting to see the FirstNet marketplace continue to flourish and meet the unique needs of public safety,” added Ed Parkinson, CEO of the FirstNet Authority.

“These new mission-ready features are delivering lifesaving capabilities into the hands of first responders.

“The FirstNet Authority will continue to work with our public safety community to innovate and advance their network.”

A trial to assess the use of GPS repeaters in Sydney road tunnels has been given the go-ahead,...