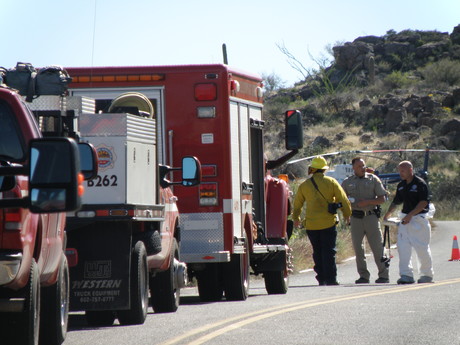 More than 5000 agencies across the US have signed up to FirstNet, with more than 425,000 active connections on the mobile broadband network.

FirstNet provides the more than 60,000 public safety agencies in the US with a dedicated broadband communications platform. Individual agencies and municipalities can sign up for service in all 50 states, five US territories and the District of Columbia, and benefit from seamless and interoperable mobile broadband.

The FirstNet public–private partnership with AT&T marked its second anniversary on 30 March, the core network capability going live 12 months ago. As of January 2019, more than 5250 agencies, across all levels of government and disciplines, were using more than 425,000 connections on FirstNet.

We spoke with Ed Parkinson, the First Responder Network Authority’s acting CEO, to get more insight into the way first responder agencies are using FirstNet, the benefits it is providing and what the plans are for the future. 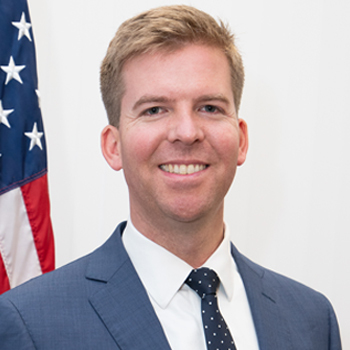 Can you give an example of FirstNet in action?

FirstNet is already having an impact on emergency response in the United States and has supported public safety from wildfires to floods, hurricanes and more. For example, local agencies used FirstNet during the response to Hurricane Florence last year. Specifically, in the City of Whiteville, North Carolina, FirstNet helped responders stay connected when all other communications systems went down. The city’s public safety agencies use FirstNet for day-to-day operations including for connections to mobile data terminals in police patrol cars. At the height of the storm, the county’s land mobile radio system was damaged and during this time the city used a push-to-talk app on FirstNet mobile devices to communicate. At one point, Whiteville’s public safety personnel on FirstNet were the only ones able to talk in the area.

How are emergencies handled in remote locations, away from the network?

FirstNet is driving innovation and setting the bar high for dedicated public safety broadband services. One of the things emergency responders told us they needed was access to deployable assets, like Satellite Cell on Light Trucks (SatCOLTs) to help keep them connected when they need it most. I’m proud to say FirstNet delivered, and we have a fleet of 72 dedicated deployables. FirstNet SatCOLTs can be requested by agencies subscribed to FirstNet at no cost to public safety. These assets have been deployed to support response and recovery efforts for natural disasters like Hurricane Michael and other types of emergencies, as well as to support public safety operations at large planned events — like the 2018 Boston Marathon.

Through our contract, AT&T is responsible for deploying and operating the network and it continues to hit the ground running. AT&T has a Response Operations team that assists in deploying the SatCOLTs and the fleet is maintained by AT&T.

What are the costs involved with FirstNet for user agencies?

FirstNet understands the unique needs of first responders. For example, the Stockton, California Fire Department moved to FirstNet at a cost saving of more than $350,000, according to the Fire Chief — all while ensuring interoperable communications with neighbouring jurisdictions. FirstNet is helping the Department efficiently and effectively serve and protect its community with seamless communications. So, I believe FirstNet is best positioned to deliver the value and experience responders expect — with key capabilities like priority and pre-emption and a growing applications and devices ecosystem — at a highly competitive price point. 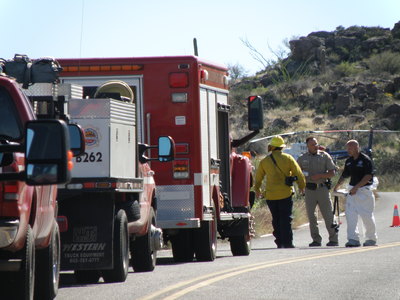 What sort of feedback have you been getting from users?

We are very pleased with the progress of FirstNet to date. It’s been one year since we launched the FirstNet core network — this is the brains and nervous system of the network, and it separates public safety traffic from commercial traffic giving emergency responders a dedicated network. It’s also been one year since the launch of the FirstNet buildout in each state and territory — we are adding spectrum for public safety to boost coverage and capacity where they need it most. During the past 12 months, FirstNet has been used by emergency responders in hurricanes, floods, wildfires, active shooter situations and more. It is also being used day to day to help public safety personnel in the field as they serve and protect their communities.

Have there been any unexpected benefits?

I would say reaching public safety personnel where they are has been an important aspect of FirstNet that is crucial to smaller agencies or volunteer departments. For example, 70% of local firefighters in the US are volunteers. AT&T has enabled them to walk into a retail store and sign up for FirstNet service if they qualify. This is really important for the many smaller communities across the country — FirstNet is for all responders. 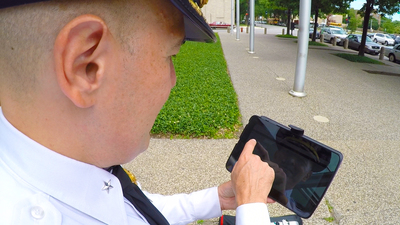 How are you encouraging efforts to go beyond voice and into data services?

Everyone is familiar with their smartphone. Some of us might have more than one mobile device, like a tablet. So, it would be easy to assume that all public safety personnel have a work-assigned smartphone or other data-enabled device, but this is not the case in the United States. FirstNet is helping to get technology into the hand of first responders so they can stay connected to keep themselves and their communities safe. How to operationalise public safety broadband and fully understanding how FirstNet can help is an exciting part of our mission and the FirstNet Authority looks forward to continuing to work with public safety on this front.

Is FirstNet set in stone, or will it be an ever-evolving system?

FirstNet will continuously evolve to meet public safety’s critical communication needs. The First Responder Network Authority (FirstNet Authority) has developed a sustainable business model through which we will invest back into the network. We are currently working with public safety to further understand their current and future needs for the network, and using this feedback, we will develop a roadmap to guide the advancement and evolution of the network. This is truly a unique aspect of the network and we are looking to public safety to guide us — that is key.

What advice would you give to other nations as they move towards PSMB?

Consulting with public safety is a must. FirstNet is truly public safety’s network — we worked hand in hand with them to understand their needs and input their feedback into our proposal process. We met with public safety in every US state and territory over a few years’ time and I know we would not be where we are today without that process. It wasn’t easy, but public safety fought for this network, and our agency is committed to serving on their behalf.

When it came to planning FirstNet, it was important that it be built to international standards for LTE technology. Building to consensus-based standards helps ensure interoperability and [has] increased the economy of scale to drive down costs and increase competition for things like devices. Because of this, we are seeing a growing and dedicated marketplace for public safety broadband — not just in Australia and the US, but across the globe. There are more than 30 countries interested in or planning for a public safety network. This is an exciting time for emergency communications, and the FirstNet Authority looks forward to continuing to share lessons learned with our international partners as we drive innovation for public safety.

Ed Parkinson will be attending Comms Connect Sydney in June, where he will present a keynote address on ‘Insights and lessons learned from the US FirstNet public safety broadband program’.