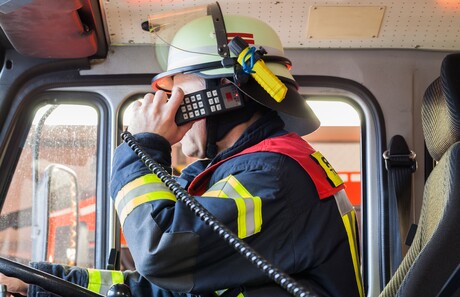 In the business press of recent weeks there have been mentions of the release of the contract for the PSMB Proof of Concept trials. One of the issues that continues to be raised is the old wives tale that “The network will eventually replace current voice radio critical communications networks”. This is an assumption that has been put forward many times, yet over time this has been found to not be the case.

In the United States of America there are now close to one million subscribers to the FirstNet system, with over 10,000 individual agencies on the network, it is interesting to note that with so many user-agencies there have been few reports of existing Land Mobile Radio (LMR) radio systems being decommissioned. Users have found that the LMR voice radio networks provide an immediacy of communications that is essential, and the one-to-many format of LMR provides better operational decisions to be made and delivered to all operators quickly rather than the one-to-one or one-to-several formats wireless broadband ‘apps’ offer. There is a viable and necessary need for the continuation of existing LMR voice radio networks that are supported by the data delivered over wireless broadband.

When we look at the progress on the PSMB system since the initial discussions in 2013, followed by the Productivity Commission report in 2016 and then the release of the Proof of Concept RFI in 2017, there are very lengthy delays. One of the changes that should now be considered is that many of the original aims of the PoC contract have now been implemented and demonstrated in overseas jurisdictions under working conditions. FirstNet in the USA, SafeNet in South Korea, Verve II in Finland and the ESN system in the UK are all utilising functions and features that the PoC contract is designed for. Why would we spend close to $10 million to ‘prove’ that they will work?

The considered position of the Australian Radio Communications Industry Association is that the recommendations of the Productivity Commission report should be implemented as a matter of priority, and that the Commonwealth funds be spent in part on having a proper evaluation of the overseas systems and bringing back real-world information on how they have implemented their systems. The spectrum issue is a side discussion as the PSMB network would operate on the public networks, with some pressure from the Communications department to convince the carriers to permit inter-network roaming for public safety devices.

The press release information refers to the recommendations to the Bushfires Royal Commission about providing better interoperability communications, an important recommendation. In our recent response to the recommendations regarding this issue we pointed out that in the wake of Cyclone Tracy the Commonwealth allocated some UHF spectrum nationally for the use of our various Police Forces to enable better communications in joint exercises and emergencies. If the Commonwealth were to use the Natural Disasters of 2019–20 as the catalyst, they could now allocate some VHF high band spectrum to be used by our relevant volunteer fire services and other emergency service agencies to have an interoperable communications plan. Perhaps the Commonwealth funds could give better outcomes in this area?