It's time for action on PSMB 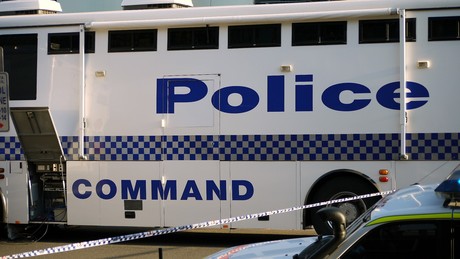 The government’s long-awaited response to the PSMB report has drawn both anger and caution from different sectors.

The federal government has announced its long-awaited response to the Productivity Commission’s (PC) report into the provision of a public safety mobile broadband (PSMB) capability for Australia’s emergency services organisations (ESO) — and not everyone is happy.

In early 2016, the government tasked the Commission with undertaking a ‘first principles’ analysis of the best way to deliver a PSMB capability for both state and federal public safety agencies by 2020.

The Commission’s study found that commercial mobile networks are the most efficient, effective and economical way of delivering a public safety mobile broadband capability.

In a joint statement, Minister for Communications Mitch Fifield and Minister for Justice Michael Keenan announced the federal government’s response to the Commission’s PSMB report.

“The government supports in principle the Commission’s findings and recommendations,” the statement said. “We are committed to working with all states and territories towards achieving an interoperable PSMB capability and will establish a committee of Commonwealth, state and territory officials to consider fully scoped proposals and report to the Council of Australian Governments in 2017.”

The ministers said that the government’s response had been informed by state and territory feedback on the report’s recommendations.

“The government recognises that mobile broadband offers significant potential to improve the efficiency of the emergency services and the safety of its officers,” the ministers said.

But not everyone is impressed. The CEO of the Police Federation of Australia (PFA), Mark Burgess, has come out with all guns blazing, calling the government’s position “lacklustre and spineless”.

“The announcement that ‘a committee of Commonwealth, state and territory officials to consider fully scoped proposals and report to the Council of Australian Governments in 2017’ is to be established as a response to the Productivity Commission’s report on public safety mobile broadband shows that this government has no plan for the safety of Australians,” said Burgess in a PFR statement.

According to Burgess, the whole endeavour “can only be described as the longest running episode of Yes Minister” and is “just another occasion where the decision on the allocation of public safety mobile broadband has been fobbed off to a talkfest”.

“Government has been playing with this since 2011,” said Burgess. “First there was the Public Safety Mobile Broadband Steering Committee jointly chaired by the Attorney-General and Department of Communications, then there was the Senate Committee, the Joint Parliamentary Committee and the Productivity Commission report. And now it’s back to a committee.

“We have to question the intent of the government. Given that they have already announced that they are going to auction the unallocated 700 MHz, it’s a committee looking into nothing. Very Yes Minister,” he said. 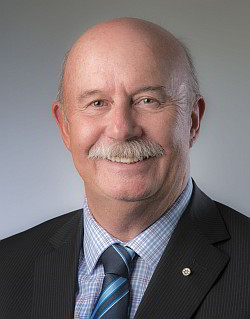 Burgess added that the decision “makes a mockery of the government’s comments that they ‘recognise(s) that mobile broadband offers significant potential to improve the efficiency of the emergency services and the safety of its officers’”.

“As we head into bushfire season, the government continues to play with the safety of all Australians by not having a plan in place that will ensure emergency services can communicate without fear of interruption in times of heightened need. The last thing we need is yet another committee,” he said.

The PFA and other emergency-service providers made submissions to the 2011 Senate Committee inquiry into emergency communications. Upon its conclusion, the committee unanimously recommended that the “Commonwealth Government allocate sufficient spectrum for dedicated broadband public protection and disaster relief (PPDR) radio-communications in Australia”.

Two years later, the Joint Parliamentary Committee on Law Enforcement’s Inquiry into Spectrum for Public Safety Mobile Broadband recommended that “an appropriate portion of the proceeds derived from the auction of spectrum to fund the allocation of 20 MHz of spectrum in the 700 MHz band for the purposes of a national public safety mobile broadband network”.

“Handing this back to a committee is not the answer and is a monumental waste of taxpayers’ money,” said Burgess.

“We need the government to be firm and decisive and ensure that the safety of all Australians is protected by progressing the public safety mobile broadband issue with an allocation of 20 MHz of 700 MHz band spectrum to public-safety agencies as a priority.”

“It is imperative that the proposed auction be stopped until the government advises the Australian community how they propose to provide public safety with a mobile broadband capability into the future,” he concluded.

Not quite so scathing in his assessment, but equally concerned about achieving a good outcome, is Ian Miller, director of radio communications consultancy Orange Horizons. According to Miller, “The response from the Minister has addressed the immediate needs — it acknowledges that the government paid for the PC report and acknowledges the contents — however, they are now asking the states and territories to put forward fully scoped proposals.

“From my interpretation, it means that any options can be put forward and it recognises that perhaps technology has advanced significantly since the PC enquiry,” he added.

While Miller agrees that affordability is valid concern, “Like everything else from our governments, should they take the lowest-cost option or at least consider all of the options before making a final commitment?

“Regardless of the final decision, the way ahead must be to look at the various areas of concern — spectrum, technology, interoperability and governance,” said Miller. “Once each of these areas has been investigated then each jurisdiction will be in a better position to negotiate service level agreements with the network supplier, regardless of whether that is a public carrier, a government or a hybrid model.

“To date, all of the discussion has been around spectrum and finance, and, whilst they are both important, nothing has been done about the operational needs, amount of data required, how it will be interfaced into operations, how will it be managed, plus other factors as well,” said Miller. 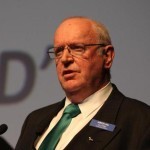 For Miller, one of the major concerns is that with pressure on emergency services organisations to have resources at the front line, there has been a denigration of technical support and competence within those organisations.

“To calculate exactly what should happen and what is needed, [the whole PSMB question] now needs to go to those who have a real understanding of what is involved — the fourth level of management,” he said. “These are the operational staff who have an understanding of the daily needs and what is truly required.”

Like everyone else involved in both the communications industry and the emergency services field, Miller is keen for the government to get a move on and make a decision — and the right decision at that — by learning from international experience.

“After a gestation of 39 weeks since the Productivity Commission report, it is to be hoped that the result is not stillborn and that a healthy and viable mobile broadband service can now be developed that suits the ESO needs and not just those of the finance departments,” said Miller.

“Our collective governments now need to look at what is really needed, think outside the square and gather as much information as possible,” he added. “Surely there should now be some fact-finding visits to the USA, UK, Korea, Belgium and the Middle East to look at what others are doing and learn from their experiences so far.

“With a totally new technology for our public safety agencies, we owe it to them to investigate all options and to make sure we learn from whatever sources there are,” said Miller. “With public safety mobile broadband there are several systems under serious planning, and we must look at them and their experiences so far.”

Top image courtesy of Highway Patrol Images under CC BY 2.0

Three consortia have been chosen to build prototypes for the BroadWay pan-European broadband...