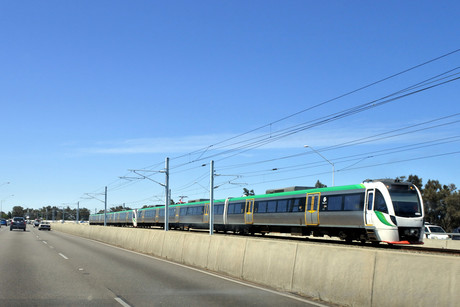 The Western Australian Government has announced that the Public Transport Authority of Western Australia’s (PTA) $136 million Radio Systems Replacement project “will no longer proceed” with the current HUGL Consortium.

Trade restrictions imposed by the US government on Huawei Australia have resulted in a force majeure event under the contract, which the parties have been unable to overcome.

According to a government statement, the project will now be delivered through a “new arrangement”, although that arrangement has not been specified.

The project’s procurement process was begun in May 2017, with the contract awarded to the HUGL Consortium (Huawei Australia and UGL) in July 2018.

The HUGL Consortium had earlier provided assurances to the state government that it would be able deliver the project even in the light of trade restrictions imposed by the US government.

However, further restrictions imposed in August 2019 had “greater impact” and, despite efforts, the PTA and the HUGL Consortium have been unable to overcome the problem.

The WA Government has concluded that if the current relationship with the HUGL Consortium is maintained, the measures required to try to overcome the force majeure event would result in unacceptable uncertainty around the total cost of the project, final completion time and no guarantee that the proposed solution would be effective.

The decision also ensures that the Western Australia complies with US trade restrictions.

The PTA and Huawei Australia have therefore mutually agreed to not continue the current arrangement.

“It is extremely unfortunate that the state government’s project — which is limited to a radio network for train drivers and transit guards — has been caught up in the ongoing trade dispute between the US and China,” said Transport Minister Rita Saffioti.

“Given the trade dispute, and the current economic and health crisis facing the world, the PTA has recommended a fresh approach for the radio replacement project,” she added.

The PTA is working with the HUGL Consortium on a transition to new arrangements to allow delivery of the project without breaching US trade restrictions. This could include a range of outcomes, from withdrawal of Huawei Australia from the contract to termination.

The transition work will include exploring which subcontract arrangements can be preserved in the new project.

Given the inevitable delay in completion of the project, the state government and the ACMA have continued to liaise on the availability of the spectrum licences, with the original requirement for the PTA to vacate the analog spectrum by May 2020 extended to beyond 2021.

“The PTA will continue its plans to deliver a new digital radio system for our expanding public transport system,” said the minister.

“We’ll continue to work towards the delivery of a high-quality radio system at the best possible price for taxpayers.”