Next Generation Triple Zero is coming 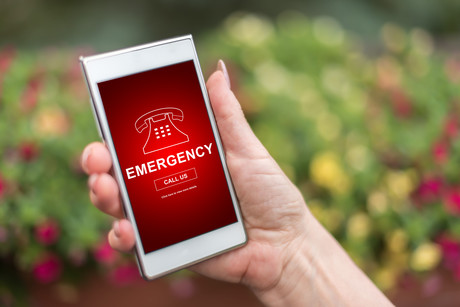 Australia’s long-awaited Next Generation Triple Zero (000) service will be introduced in stages, beginning in 2020.

Australia’s Triple Zero (000) is a well-known, long-established and very reliable emergency contact capability, which has served the country well for many years. However, in the modern era it is somewhat handicapped, in that it is a voice-only service provided via telephone. This is preventing both the public and emergency service organisations from utilising and leveraging the latest technologies and applications that now exist since the introduction of smart devices.

Australia’s Next Generation Triple Zero (NG000) strategy has been developed to enable the service to accept data and information from modern devices and applications, enabling callers to provide information such as location data and imagery, and access Triple Zero (000) via other means such as messaging services and social media.

NG000 isn’t here yet, but it’s not too far away. To get an update on it we spoke with Chris Beatson, who is lead on the National Emergency Management Program Project — Next Generation Triple Zero (000). He is also Director of the PoliceLink Command for the New South Wales Police Force. 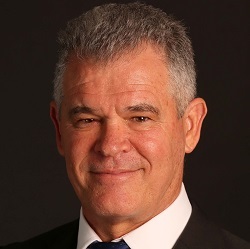 What is the current status of the NG000 project?

The NG000 Strategy has been adopted by the federal government, which has responsibility for the Triple Zero (000) service. Telstra, the contracted Emergency Call Person (ECP), has just completed its technology refresh to enable NG000.

The first major initiative is Advanced Mobile Location (AML). AML will source the GPS information from the handset being used to contact Triple Zero (000) and provide this information with the call to emergency service organisations. This will be implemented in May 2020. All emergency service organisations are now working with their computer-aided dispatch (CAD) vendors to enable AML to be received.

The next stage of the NG000 strategy is being discussed with the federal government. This stage will encompass ‘messaging to 000’, enabling those who can’t communicate through voice to contact Triple Zero (000). This will provide benefit, for example, to the hearing impaired and those who will be placed in danger if they speak. Discussions are now occurring with the telecommunication carriers.

Which organisations are involved in establishing NG000?

The NG000 strategy is a partnership between the federal government, Telstra as the ECP, emergency service organisations, telecommunication carriers and public safety vendors.

Have there been any lessons learned from implementation of similar systems overseas?

What will delegates learn from your upcoming presentation at Comms Connect Melbourne?

Delegates will be appraised of developments in the NG000 space, and what future changes are being considered for NG000 as NECWG-A/NZ partners with public safety vendors in considering developments in artificial intelligence, machine learning and 5G technologies.

The positive for Emergency Service Organisations is that NG000 has been embraced by the federal government and public safety vendors, ensuring that the benefits that will be delivered through the strategy will be realised.

Chris Beatson’s presentation, ‘Next Generation Triple Zero — it’s happening,’ will be given at Comms Connect Melbourne at 11.30 am on 28 November 2019.