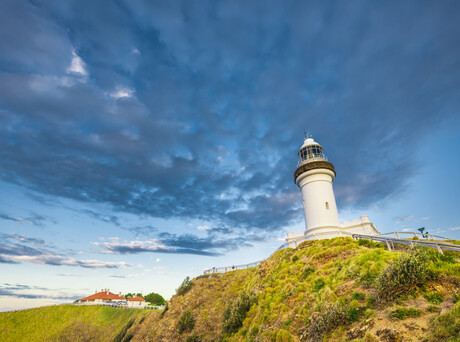 The NSW SES is taking advantage of a huge boost in Public Safety Network radio coverage.

The Far North Coast has been one of the focal points for the CCEP. The rollout, which has included the construction of new radio sites, means in-vehicle coverage from Byron Bay to Tweed Heads and Murwillumbah is now sitting at 91%, whereas previously there was no PSN coverage.

“Prior to the PSN, NSW SES relied upon its own separate network which provided approximately 69% radio coverage,” said the NSW Minister for Customer Service, Victor Dominello.

“The PSN has enhanced the network with new features and functionality, such as improved voice clarity and interoperability, which enables emergency services to communicate on a single network, rather than on multiple separate networks.”

The Minister for Police and Emergency Services, David Elliott, said the network expansion would give all emergency services organisations (ESOs) a boost, particularly during the upcoming summer storm season.

“The network’s northern NSW rollout extends from Dungog in the Hunter to the Queensland border and will allow ESOs to migrate from ageing, analog networks to the PSN,” Minister Elliott said.

“Emergencies can happen at any time and our frontline responders need every support possible as they work to protect communities,” added the NSW SES Commissioner, Carlene York.

“The expansion of the network required extensive input, training and development and is a tremendous boost in helping NSW SES volunteers to save lives and protect communities.”

The migration of NSW SES to the PSN in the Byron–Tweed area follows a $217 million increase for the program announced by the NSW Government in March 2020.

Overall, the NSW Government is spending more than $600 million to expand the PSN across the state.

US PSOs need to follow these guidelines when looking to outsource their data.

TETRA vs Cellular: key elements to consider when planning a mission-critical network

When production, safety and operational managers start planning activity on a new site, they know...

Technology that can help emergency services agencies secure and access data has grown in...

5G partnership between Signify and BAI

Energy planning for the homes of the future

Australia could be a global blockchain leader

Where to now for low-code?