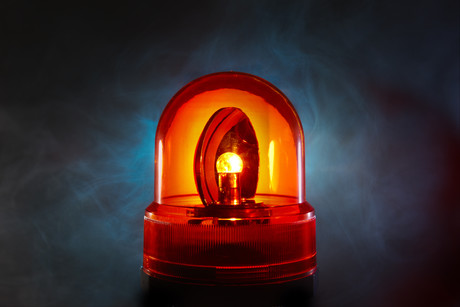 The Home Office is “not on top of” the UK’s long-awaited Emergency Services Network, according to an official investigation.

The UK’s long-awaited Emergency Services Network (ESN) is now three years late and expected to cost the taxpayer at least £3.1 billion more than planned, according to a just-released report from the Committee of Public Accounts (PAC).

The Committee said in a statement on 17 July that “despite repeated warnings from this Committee and others, the Home Office’s programme to create the new Emergency Services Network (ESN) has been beset by problems. Delays to the delivery of the programme have continued and costs have escalated.

“The Department’s original approach was far too optimistic given the level of risk, and its governance arrangements were insufficient to deal with problems that emerged.”

The aim of the ESN is to replace the extant narrowband voice communications system used by public safety agencies — the Airwave network — with a mobile broadband service utilising commercial carrier networks.

Although the Home Office announced in 2018 that it was to ‘reset’ the programme, “we are not yet convinced that it has done enough to turn the programme around” the Committee said.

“The plan for delivering ESN is still not sufficiently robust and the Department does not yet have the skills to make it work. The programme faces substantial levels of technical and commercial risk, and failures to date have undermined the confidence of users that the programme will deliver a system that is fit for purpose and meets their needs.

“On current evidence it seems inevitable that there will be further delays and cost increases.”

The statement goes on to say that the Department has “put itself in a position where the status quo is costly and leaves little option but to progress with ESN. One company, Motorola, is involved in both the new and the old contract leading to perverse incentives and putting the Department in a weak negotiating position.

“The Committee has examined this programme on eight occasions and we remain concerned about its progress and the Home Office’s ability to meet the challenges ahead.”

Chair of the Committee, Meg Hillier MP, said that “The endless delay in delivering a new system for our emergency services to communicate and share data is creating a crisis of confidence as police, fire and ambulance no longer have trust in the new system being delivered. Neither the emergency services, nor the PAC, are convinced that the Home office has a credible plan to deliver a reliable and effective service anytime soon. In the meantime services are having to find work arounds and buy new equipment,” Hillier added. “The financial benefits originally predicted for this programme are rapidly evaporating and it will not now realise cost savings, on the most optimistic forecasts, for at least a decade.”

“The key technology behind the ESN is not yet fully proven and we were not convinced that the Home Office has the capability and plans to deliver a coherent single system that provides the functionality and dependability the emergency services demand.”

The following are the official conclusions and recommendations from the Committee’s report.

Conclusion 1: Despite extending the Emergency Services Network by 3 years and increasing its budget by £3.1 billion, the Department has still not got a grip on whether it can deliver the programme. The Department announced it had ‘reset’ ESN in September 2018, but there are significant issues to resolve if it is to meet its extended deadline. Emergency services were meant to have started transitioning to ESN in September 2017, but nearly two years later the Department still does not yet have an integrated plan for how and when each emergency service will deploy ESN.

Technology for some parts of ESN is still not yet ready, for example work to build a network to enable emergency service aircraft to use ESN has not yet started and coverage is not available everywhere it is needed, including on underground railways. The Department has extended the Airwave contract to December 2022 but is already describing this as a ‘not before’ date rather than a realistic target for when ESN will be ready.

Recommendation: The Department should set out, by October 2019 a detailed, achievable, integrated programme plan including a realistic date for turning off Airwave and the cost of any extension of Airwave that may be needed and update the Committee when this plan is ready.

Conclusion 2: An unhealthy, ‘good news’ culture in the Department meant it failed to heed warning signs that the programme was undeliverable. Many of the issues with the Department’s original approach were foreseeable and should have been challenged earlier. For example, the Department could have taken a more incremental approach from the start and should have allowed more time to get planning permission for sites on which to build masts. We have been warning that ESN is a high-risk programme since 2016, but only now does the Department accept that it was too optimistic about how long it would take to build ESN.

The Department admits that where problems had been identified, they were not escalated properly, which meant the Department missed opportunities to correct its approach earlier. For example, the Senior Responsible Owner for the programme was not made aware of an early report which had identified some of the issues and risks with the Department’s approach. It is positive that the current Accounting Officer quickly commissioned an independent review of the programme when he took up post in 2017, and that, as a result, action was taken to reset ESN, but it is concerning that such a report was necessary.

Recommendation: The Department should write to the Committee by October 2019 setting out the steps that it has taken to: improve senior oversight of the programme; ensure assumptions are subject to appropriate challenge; and to make sure the findings of independent assurance reviews are widely shared and taken seriously.

Conclusion 3: The Department’s mismanagement of the programme means the emergency services do not yet have confidence that ESN will provide a service that will meet their needs. Our previous examinations of the Department’s e-borders programme and the modernisation of the Disclosure and Barring Service have shown that a lack of understanding of user needs can lead to programme failure. The intended users of ESN have not yet seen enough evidence that it would be ready to replace Airwave by December 2022. The new incremental approach adopted by the Department could improve users’ confidence in the programme. But the initial test, the first version of ‘ESN Direct’, will only be used by about 120 users in immigration enforcement, a tiny fraction of the 300,000 potential ESN users.

The Department continues to say that it will not force users to accept ESN until they all agree it is ‘as good’ as Airwave, but it has not defined what this means with sufficient clarity. It has also yet to confirm what happens if some users require expensive changes before they will accept ESN.

Recommendation: The Department should, without delay, agree with users a set of specific and detailed criteria that will be used to determine when ESN is ready to replace Airwave, and who will ultimately decide when those criteria are met.

Conclusion 4: We are not convinced that the Department has the plans or the skills needed to integrate the different elements of ESN into a coherent service. The Department’s first attempt at integrating ESN was unsuccessful, with the ‘delivery partner’ KBR failing to provide planning and collaboration between the other contractors after its role was downgraded by the Department.

The critical role of making all the different elements of ESN work seamlessly together has now passed to the Department, but it does not yet have sufficient skills to undertake this role. Its plans for testing ESN are not well developed and its track record of coordinating this programme so far is poor. It failed to realise the implications of EE and Motorola making plans based on different versions of telecommunications standards. It similarly failed to ensure suppliers worked together in the same location at the start of the programme, which could have improved collaboration. The Department intends to contract a new delivery partner, but this has not yet happened.

Recommendation: Before contracting with a new delivery partner, the Department should analyse the skills and tasks needed to integrate ESN, how any skills gaps will be filled, and how lessons from the failure of the KBR contract will be applied to the new delivery partner contract.

Conclusion 5: Based on past failures to manage its contractors, we are concerned about the Department’s ability to manage the significant commercial risks facing the programme, including those presented by Motorola’s position as supplier to ESN and owner of Airwave. The Department failed to ensure contractors delivered ESN to the timetable in the original contracts. It admits that the commercial structure for ESN is highly disaggregated and adds complexity to an already difficult task, and is trying to improve the contracts by changing them. But it signed the new Motorola contract 5 months late and the new EE contract was still not signed when we took evidence.

The Airwave contract has been extended to end in December 2022, but a further negotiation will be needed to cover the additional delays which now seem inevitable given the Department’s admission that it could take longer to build and deploy ESN. It is vital that Airwave does not cease working before ESN is fully ready but extending Airwave again is likely to further increase the costs of the programme.

Given its previous negotiation to extend Airwave achieved only a 5% discount, and given Motorola, which is a key supplier to ESN, has a monopoly position as Airwave’s owner, we are concerned that the Department has limited leverage to secure value for money in any future extension of Airwave contract.

Recommendation: The Department should write to the Committee by October 2019 setting out how it will manage the risks presented by Motorola’s position and the possible need to extend Airwave until it can be replaced by ESN.

Conclusion 6: Delays to the Department’s revised business case for ESN and the prospect of further increases in cost raises doubts over the value for money case for ESN. Although the forecast cost of ESN has increased by £3.1 billion, the Department still asserts that ESN will eventually be cheaper than Airwave. But it no longer expects this to happen until 2029, a delay of 7 years compared to the 2015 business case. Delivering ESN later than planned is also likely to create cost pressures for emergency services who may need to buy new Airwave devices while they wait for ESN to be ready.

The Department’s forecast costs for the programme are not finalised as they are part of a business case which is not approved. The business case is now expected to be approved in early 2020, over a year late. Given it is likely that Airwave will need to be extended further than December 2022 it seems inevitable that the £9.3 billion cost of ESN will increase again. This will further delay the point at which ESN is cheaper than Airwave, weakening the argument for continuing with ESN.

Recommendation: The Department should ensure it delivers a revised and approved business case, which both the emergency services and the other funders of ESN support, by the end of 2019 at the latest. The business case should include an appraisal of when continuing to spend money on ESN ceases to be value for money and should set out a ‘plan B’ for what would happen if that point was reached.

IT strong as 1 in 3 Australian companies begin hiring