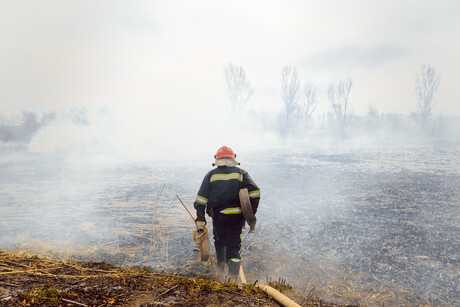 Australia’s governments seem to have finally gotten the message regarding rolling out a national Public Safety Mobile Broadband capability.

A “review of the path to expeditiously deliver the [nation’s] Public Safety Mobile Broadband” (PSMB) capability is on the agenda of a new National Emergency Management Ministers’ Meeting (NEMMM) structure.

In a statement released on 11 November, following the inaugural meeting of the National Federation Reform Council (NFRC), the Prime Minister said that expediting PSMB would be part of one of five key priority areas for attention by governments in 2021.

The 11 November meeting of the NFRC — comprising the Prime Minister, Premiers, Chief Ministers, Treasurers and President of the Australian Local Government Association — reviewed Australia’s position at the end of a very difficult year, and considered the responses delivered by the Commonwealth, state and territory governments working together through the National Cabinet.

“National Cabinet has met 32 times since it was established on 13 March 2020, and has worked hand in glove with the Australian Health Protection Principal Committee (AHPPC) to steer the country safely and successfully through the pandemic,” said Prime Minister Scott Morrison in a statement.

The Prime Minister said that the National Cabinet has reformed and rationalised the intergovernmental architecture to follow this model, and it has established:

“Following on from this year’s success, there is a big program of work to continue next year through the Council on Federal Financial Relations (CFFR) and the National Cabinet Reform Committees,” the Prime Minister said.

One of those priority areas is emergency management, with the NFRC reaffirming that all jurisdictions will collaborate to implement the recommendations of the Royal Commission into National Natural Disaster Arrangements (the Royal Commission), through the NEMMM.

Ahead of the 2020–21 high-risk weather season, NEMMM will focus on:

“Emergency Management Ministers will work with other members of their governments to implement the Royal Commission recommendations, ensuring the recommendations are comprehensively addressed in a whole-of-governments manner,” the Prime Minister said.

The NSW Bushfire Inquiry noted in August 2020 that the PSMB National Project Management Office (NPMO), hosted by NSW and responsible for delivering work streams under the national PSMB Strategic Roadmap, “is in transition to centralised coordination under the Commonwealth”.

“The Inquiry understands that funding arrangements for the NPMO and the proof of concept are not resolved between the jurisdictions, and that this is required for the national PSMB program to proceed.”

The Inquiry also noted that the Commonwealth “has set aside 5 + 5 MHZ of spectrum for PSMB and offered this allocation to states and territories at below market value. However, NSW agencies advised the Inquiry that this allocation is only sufficient for business-as-usual public safety activities and would require heavy reliance on supplementation from commercial spectrum.

“NSW agencies support provision of 10 + 10 MHz of dedicated spectrum to reduce reliance on carrier spectrum and allow for streaming of real-time data from multiple, concurrent sources,” the Inquiry report stated.

“In addition, given that the PSMB is solely for communications that support community protection and safety, the dedicated spectrum should be provided at no cost to states and territories,” the report added.

Thus, the recommendation is that “in order to ensure emergency response agencies can communicate across state and territory borders, the Commonwealth Government [should] allocate 10 + 10 MHz as a dedicated spectrum for Public Safety Mobile Broadband (PSMB) at no cost to states and territories”.