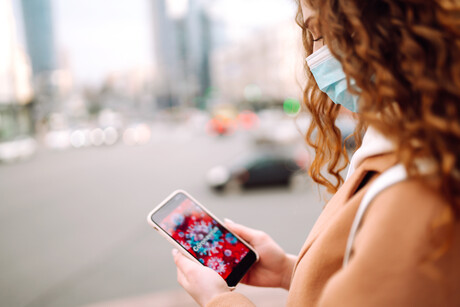 An informed population is a safer population, and public warning systems play their part.

Tsunamis, cyclones, bushfires, terrorist attacks or even the current challenging situation we are experiencing — a pandemic. These are some of the emergency situations where rapid and effective communication with citizens becomes crucial and potentially lifesaving.

How can the authorities alert the population? An effective public warning system (PWS) is the answer.

Public warning systems help to protect the population by allowing for timely management of the emergency and an opportunity to reduce its impact. Using this method, authorities can contact members of the public en masse to notify them and consequently mitigate the impacts of an emergency. However, the paradigm has changed.

In the beginning, the aim was solely to alert people in case of major emergency, like a natural hazard. In recent days, these systems are also being utilised for more localised, day-to-day emergencies, like searching for missing children.

One thing is certain, research has proven that a modern and early public warning system can reduce casualties.

For example, in Hong Kong — a city prone to natural disasters — since the introduction of the Cyclone Warning Service, the death toll has decreased significantly. In 1962, the number of deaths or people missing during a cyclone peaked at more than 180. In more recent years, fewer than 20 people were reported missing or dead.

One of the most valuable features of an alert system is its effectiveness. The effectiveness of public warning systems is reliant on the communication channels that are employed.

Communication via mobile phones is at the core of a PWS. So, what are the different means of alerting the population by telephony?

Cell Broadcast (CB) is a point-to-multipoint service — one text message sent to many. It is possible to send a message to a specific area (eg, region) or to an entire nation. The Netherlands has been using this system for the few last years. For example, during a large toxic fire in August 2018, the government issued a warning for residents, including security measures.

Location-Based SMS (LB-SMS) combines traditional SMS with cell-based location. This method identifies the list of mobile subscribers in the area and sends an individual SMS to each recipient. In September 2019, the Portuguese Civil Protection agency sent SMSs to citizens who were in the 13 districts where a special Red State Alert was declared due to the risk of wildfire.

App-based solutions do not need the cooperation of mobile network operators. Apps can send location-based alert messages using internet or radio. However, the big challenge is that this requires citizens to install the app. The Chilean app S!E sends messages via RF. In a country where it is difficult to predict risks, Chile’s emergency alert system is saving lives.

The effectiveness of a public warning system can be improved by combining several technologies. This technique is called the multi-channel approach. A good example is Singapore.

In Singapore, there is a siren system and a smartphone app in place, as well as an advanced location technology using an SMS alert.

Of course, activation of different channels requires attention to interoperability and connectivity issues.

So, what is mandatory for countries at EU level? With the risk of natural and man-made disasters on the rise, protecting the population has become even more critical. In December 2018, the European Parliament and the European Council published a new Directive on the European Electronic Communications Code (EECC). The new article, Article 110, mandates all EU Member States to have an effective telephone-based public warning system in place by June 2022.

The situation in Australia

When looking at the global picture, many countries on different continents already have well-established public warning systems. This is especially the case in places where emergency situations due to natural disasters are more prominent.

These systems are often put in place during national emergency situations. Australia is one such case: in response to the Black Saturday bushfires in 2009, the Australian Government set up an emergency communications system called Emergency Alert.

Emergency Alert is a national telephony system used to warn the community of an expected or ongoing emergency. The system sends SMS messages or voice messages to mobile telephones when emergency services decide that the nature of the incident requires the activation of this system.

Public warning during the pandemic

The situation that we are all experiencing shows the importance of effective communication with at-risk populations during a critical event. Governments all over the world are using emergency alert systems to communicate and inform populations in order to fight the spread of COVID-19.

Cell broadcast services are being used in countries like Romania, the Netherlands, Greece, South Korea and the USA. In these countries, the government uses the network operators’ cell and radio towers to push a message to citizens.

SMSs are being used in countries like Portugal, France, the United Kingdom and Denmark. With this technology, the governments can target people in a specific area, and they can even interact, eg, asking people if they have symptoms of the disease.

Germany and Austria are using mobile applications to communicate with the population.

Safety is the priority during an emergency. Public alert systems are an essential tool for direct communication with citizens, whether to alert them regarding evacuation measures or to provide essential information during a pandemic.

In an interconnected world, with technology advancing at the speed of light, it seems difficult to understand how countries are still relying on old systems to warn the population. Let us hope that before the mandatory date imposed by the European Parliament, mass emergency notifications are a reality across all Europe and beyond.

Let us hope that more lives are saved. Because an informed population is a safer population.

Security for mobile and wearable devices

Potential security vulnerabilities inherent in smart devices being used by first responders are...