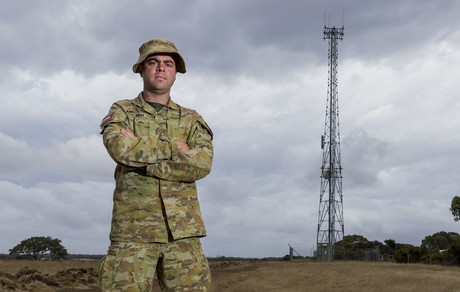 A government and industry roundtable has assessed the bushfires’ effects on telecommunications, and agreed on measures to examine hardening networks.

A roundtable meeting comprising government, major telcos and industry groups was convened Wednesday, 23 January by the Minister for Communications, Cyber Safety and the Arts, Paul Fletcher, to tackle the question of network resilience during the recent severe bushfires.

The meeting looked at both the short-term response to the effects the bushfires had on communications services, as well as longer-term ideas to improve network resilience.

The Minister commended the telcos for working to restore services, and for providing relief packages (such as Optus’s Green Shoots program) to affected areas, with the NSW Telco Authority noting the telcos had been very responsive during the crisis.

The roundtable also recognised the role played by the Australian Defence Force in helping telcos gain access to critical infrastructure for repair and restoration of services.

Of particular note was the observation that most network outages had been due to loss of power, not due to fire damage to network facilities.

The telcos noted that the bushfires made it difficult to gain access to some sites to assess damage and install generators.

The participants discussed several initiatives to boost network resilience in the future, such as:

The industry also agreed to work with the federal government to examine options to increase network resilience and continuity of services during future natural disasters, by looking at the following:

“We are better placed than 20 or 30 years ago; the combination of mobile, fixed line and satellite connectivity combined with mobile COWs and temporary satellites on the nbn that can be deployed … means we now have greater back-ups and options to keep our vital communications networks up and running.

“This bushfire season is not over yet and may continue into 2020 — the telecommunications industry is working hard to help affected communities and is well positioned to react quickly to any future bushfires,” the Minister added.

Laurie Patton, Vice President of Telsoc, said his organisation has encouraged the Minister to canvass a variety of input and opinions from a wide range of industry groups and experts. “Telsoc has written to the Minister offering to provide the advice of its many highly qualified members,” Patton said.

Pictured: Australian Army reservist Corporal Michael Abraham from the 10th/27th Royal South Australia Regiment is deployed to Kangaroo Island, South Australia, during Operation Bushfire Assist 2019–2020. He was able to use his experience and contacts from his day job as a Telstra employee to speed up the reconnection of phone services to the town of Parndana after a bushfire damaged the local telecommunications tower. ADF image by LCPL Brodie Cross © Commonwealth of Australia

The evolving synergy of comms and dispatch solutions

Fully interoperable and always available integrated dispatch systems will continue to be of key...