Security for mobile and wearable devices 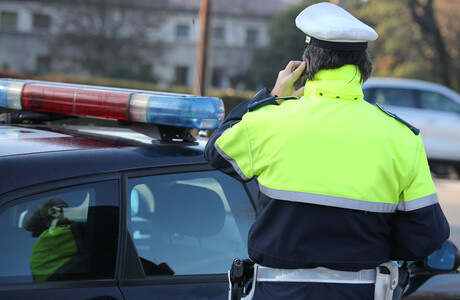 Potential security vulnerabilities inherent in smart devices being used by first responders are reviewed in a new NIST report.

First responders around the world are making increasing use of the latest mobile communications and computing technologies. Sometimes this usage is officially sanctioned and formally delivered, while at other times individual first responders might make use of personal equipment.

In either case, many newer technologies being employed are consumer grade rather than mission-critical grade. Examples include Bluetooth headsets, body cameras, smart glasses and vital-sign monitors/body sensors.

The employment of such devices, while enhancing operational effectiveness, also carries risk in the form of potential security vulnerabilities.

That risk will only increase as more countries deploy public safety broadband networks.

To analyse that risk, the US National Institute of Standards and Technology (NIST) undertook a review of public safety mobile and wearable devices and their current capabilities, assessing them against the security objectives identified in NIST Interagency Report (NISTIR) 8196, ‘Security Analysis of First Responder Mobile and Wearable Devices’.

NISTIR 8196 was produced during a previous study to understand the security needs of smart devices for first responders.

“The ultimate goal of this effort is to provide guidance that enables jurisdictions to select and purchase secure devices and assist industry to design and build secure devices tailored to the needs of first responders,” the review’s authors said in the new report.

“As with any new technology, there are security concerns, such as the vulnerabilities and threats to their users. In the case of public safety there are concerns that exploits of vulnerabilities may inhibit first responders from performing their duties and put their safety at risk.”

The report assesses the various use cases of public safety mobile and wearable devices, reviews known attacks on such devices and includes information from interviews with public safety officials.

“Mass production of mobile and wearable smart devices makes it easy to find and buy any device that may meet one’s wants and needs. Technology is primarily produced for the general consumer or enterprise and not specifically designed with public safety in mind,” the report says.

“This could lead to potential repercussions if the appropriate device is procured without consideration of the security and safety of first responders.

“When it comes to selecting mobile and wearable devices, there is little security guidance that focuses on the particular needs of public safety. During an emergency, a first responder should have some assurance that their devices are reliable and secure.”

Additionally, it includes a list of tests developed to analyse public safety mobile and wearable devices, with each test providing an overview of the outcome and the analysis derived from observation of that outcome; and a collection of best practices and guidance for the use of such devices.

You can read the report at https://csrc.nist.gov/publications/detail/nistir/8235/draft.

Vanuatu's national government will get an upgraded emergency radio network under a joint...