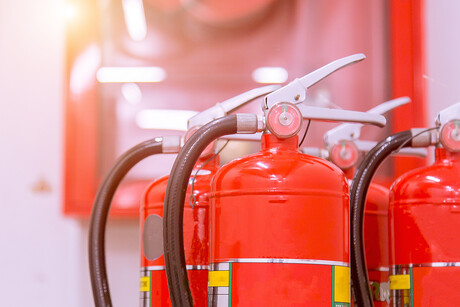 Automatic vehicle location trials have set the stage for a rollout to more than 1400 fire and emergency vehicles.

Automatic vehicle location (AVL) technology has been successfully trialled across South Australia as that state’s government moves closer to implementing recommendations from the Keelty Review.

The technology forms part of the government’s $97.5 million plan to create a more bushfire-resilient South Australia. AVL implementation into the emergency services sector has been recommended since 2012.

Minister for Emergency Services Vincent Tarzia said $5 million was committed to trial AVL technology and develop a business case for the full rollout ahead of the 2021–22 bushfire season.

“AVL is the future of fighting bushfires in South Australia and will allow us to pinpoint the location of any asset, anytime and anywhere to the second. AVL boosts safety by allowing us to keep a watchful eye over our hardworking CFS and SES volunteers and staff during bushfires.”

AVL will be installed in more than 1400 vehicles following completion of a tender process. It will be used in CFS, SES and DEW fire management assets during bushfires and other emergency incidents that occur in metropolitan Adelaide and regional South Australia.

“Key outcomes of the trials were to test the solutions and validate their ability to failover from cellular to satellite in difficult coverage locations,” Lane said.

The Upper Sturt CFS Brigade, which responded to the Cherry Gardens fire, was the first group to test AVL on 28 January.

CFS Deputy Chief Officer Andrew Stark said: “The past weeks of trials have provided us with great opportunities to test the ruggedness of the AVL units in various, challenging conditions to ensure we get the best fit for our brigades across the state.”

The project team also travelled to Wottons Scrub and ran through various testing scenarios while the software was viewed and analysed from the SES Netley base.

“SES volunteers and staff have actively participated in these trials and are looking forward to the enhanced situational awareness and safety that AVL will bring,” SES Deputy Chief Officer Dermot Barry said.

The second CFS vehicle travelled to Port Augusta, Port Lincoln, Streaky Bay, Port Augusta and then to Adelaide via Willington.

Paul Fletcher, Deputy Chief Officer of MFS, noted the AVL project as having the potential to expand the MFS’s existing AVL capability.

“Through this solution, we hope to improve the MFS’s connectivity in non-satellite areas across the state,” Fletcher said.