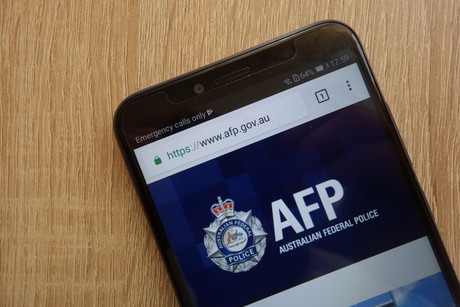 The wireless broadband public safety network in the US, commonly known as FirstNet, was borne out the recommendations from the 9-11 Commission report after the World Trade Center and Pentagon tragedies. The 9-11 Commission concluded that the communications systems used were not sufficiently interoperable to enable first responders to adequately communicate in times of large-scale emergencies. The result was a recommendation for a new, single interoperable public safety network to be implemented across the US.

While it took several years to pass the legislation that ultimately created FirstNet, once completed, efforts moved quickly, resulting in a fully interoperable nationwide broadband network that has provided new advanced communications capabilities to US first responders. This has proven critical — particularly in light of the recent COVID-19 pandemic — and demonstrates the need for such networks to be replicated for public safety in countries around the globe as soon as possible.

Though deploying such networks is challenging, there are ways to take advantage of existing infrastructure and operations to significantly speed up deployment and reduce costs. In less than a year after the FirstNet contract was awarded, service was available to all US public safety personnel on a fully prioritised basis with a dedicated public safety core network. And now, just three years after contract award, coverage has been significantly expanded with newly deployed spectrum, new features have been added (such as mission-critical push-to-talk) and more than 10,000 agencies are using the network on a purely voluntary (not mandated) basis. All of this demonstrates recognition of the need for advanced communications capabilities, particularly in light of the increase in large-scale emergencies we have seen over the last several years, including the current pandemic.

Given the ease of transmission of COVID-19, the public safety sector has had to take unprecedented measures to perform its lifesaving duties. FirstNet now enables critical capabilities to help public safety deal with this crisis, including the ability to engage in reliable and secure telehealth and telemedicine efforts. This is especially important since FirstNet is fully encrypted, so public safety and healthcare professionals are able to securely send rich patient data from the bedside, temporary hospitals, triage facilities and remote testing centres, freeing up critical hospital facilities and resources for those who need them the most.

In addition, FirstNet enables public safety to receive critical information provided by situational awareness applications, mapping and GPS programs, real-time video cameras, biometric sensors and other data sources and Internet of Lifesaving Things devices to increase their own safety and that of the communities they serve.

Despite the scope of network coverage needed in the US, estimated to cost more than US$50 billion to build on a greenfield basis, FirstNet was initially deployed in a matter of months. This was done by developing an operating model, based on public safety’s needs, which created commercial incentives for industry to build, operate and maintain the network as part of a public-private partnership with the US government.

The success of FirstNet highlights the ability to deploy public safety grade LTE networks with significantly lower levels of funding when government and industry partner together with aligned incentives and leverage the multitudes of existing wireless infrastructure available today. It takes the appropriate government commitment, dedicated and experienced people, and coordination among government, public safety agencies and industry.

Given the rise in the number of global natural disasters, multinational planned events and now the COVID-19 pandemic, it is clear that countries around the world should expedite their efforts to deploy these mission-critical broadband networks. These networks can be designed and procured very quickly with the right understanding of the operating models and associated incentives that will expedite their deployment to ensure success. Lives literally do depend on it.

Jason Karp is one of the co-founders and principals of the Public Safety Network, prior to which he was the General Counsel and senior executive with FirstNet, where he was responsible for developing and implementing the legal strategy and framework to enable successful deployment of the US public safety broadband network. He has extensive strategic and operational experience building, managing and advising across a variety of technology organisations.