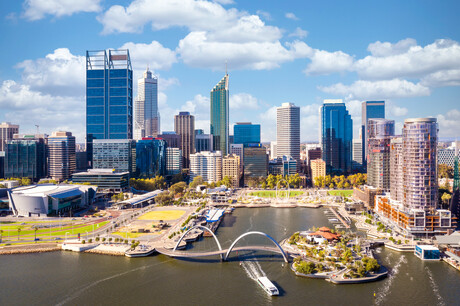 The first phase of the project will see more than 11,000 radio devices replaced with newer technology.

The Western Australian Government has announced a $60 million plan for part one of a multistage project to build a dedicated, secure, statewide emergency services radio network to be used and shared by all first responder agencies.

Presently, emergency services agencies such as police, fire and ambulance, along with other organisations such as the prison system, all use their own dedicated radio systems. This means there is no ability for, for instance, police officers to communicate over the same channels as firefighters at an emergency scene.

The first phase of the project — for which tenders will be released in early 2021 — is expected to include the replacement of more than 11,000 end-of-life and outdated radio devices used by WA Police, Fire and Emergency Services, and Justice.

“Our frontline responders take enormous risks on behalf of us all and in turn we must do our best to make sure they are protected,” said WA Premier Mark McGowan.

“With our summers getting hotter; we know there is an increased risk of fire. We have to be more efficient in dealing with that and part of it means ensuring that our agencies can talk to each other.

“This measure is designed to ensure that responses to crises and emergencies are swift and seamless.”

WA Police Minister Michelle Roberts said, “This new shared radio network will ensure coordinated communications between police, emergency services and corrective services in a way that has not been possible before.

“It reflects our government’s ongoing determination to ensure that our police and other frontline responders are safe and have the best possible equipment.

WA Emergency Services Minister Francis Logan said, “Effective communication is vital during an emergency event and whatever we can do to make that a more straightforward and less complicated process, the better it will be for our emergency services and first responders.

“The Department of Fire and Emergency Services already spends a great deal of time and effort trying to achieve the best radio and communications network for the state’s many different volunteer and career emergency services.

“This new shared radio network will lessen that burden considerably and give our emergency services and those on the frontline one less thing to worry about.”

In other WA news, Omnitronics has been awarded a contract by the DFES for the supply of an omnicore radio dispatch system for critical and other communications across the statewide radio network.

The system will be installed at the DFES Communication Centre in Perth.

According to Omnitronics, DFES is the second WA government department to select omnicore as its radio dispatch system in just a two-month time span.