Weather forecasting won't save us anymore 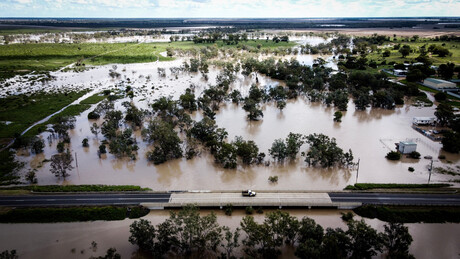 Just-in-time forecasting and mass notification systems are not enough to achieve resilience or preparedness.

This country has faced several catastrophic flooding events this year, with inundated areas of eastern Australia not quite out of the clear yet. How bad has the damage been thus far?

Sydney is well on its way to the wettest start to any year. The Warragamba Dam is over capacity, recently prompting nearby residents to evacuate.

Across the state, nearly 30,000 people were subject to evacuation orders. Six thousand homes went without power as residents faced their second major clean-up in just a month.

Meanwhile, in Queensland, the state suffered one of its worst recorded flood disasters, so soon after the 2010–11 floods devastated the state. Many of the state’s major cities, like Brisbane, recorded peak heights in flooding just shy of those recorded a decade ago.

The economic costs have been immense. Insured losses easily exceed $2 billion. Uninsured losses are greater still. The federal government is projecting $6 billion over the next four years for flood recovery in just those two states.

A wet summer was expected

The tragedy of it all is that a wet summer was expected. Indeed, these exact La Niña conditions were confirmed in November 2021.

Experts have also been warning that climate change will increase the number and intensity of severe weather events. Gone are the days of one-in-every-100-year weather events.

According to environmental historian Margaret Cook, climate modelling suggests that in many areas, a 1-in-20-year annual maximum 24-hour precipitation rate is likely to become a 1-in-5 to 1-in-15-year event.

What can we do to build resiliency, protect communities and avoid a repeat of these tragic events?

We must start by pre-empting severe weather (and other critical) events sooner. We will not do that with either short-term weather models or mass notification systems.

By the time the forecasts pick up on them, it is often too late. Emergency responses based on just-in-time forecasts are destined to fail.

The same goes for mass notification systems. Governments pay big bucks for early-warning systems that alert residents to the possibility of disaster conditions: often the same information they get from watching local news.

Sure, these solutions might have a role, but they do not come close to addressing root causes.

A much-needed change in focus

Indeed, our public dollars would be better spent elsewhere; for instance, on longer-term mitigation measures.

Though flood vulnerability is a fact of nature, it has been greatly exacerbated by longstanding social and political processes. That is the argument of experts like climatologist Friederike Otto, who notes that, in urban areas, natural hazards will often become disasters due to poor, non-risk-informed, urban planning:

“The results are inadequate infrastructure, a lack of social support systems that could reduce impacts or help with recovery from past disasters, and processes that push the most vulnerable groups of people to live in hazardous areas. This causes disproportionate impacts (visible and invisible loss and damage), especially where there are multiple hazards at the same time.”

The antidote, here, is for governments to begin addressing human-caused social and physical vulnerabilities. That requires a shift away from defensive action and short-term-focused technologies and towards proactive risk management.

To that end, the government introduced the National Resilience and Climate Adaptation Strategy 2021–2025. The strategy recognises that adaptation is a shared responsibility that requires sustained and ongoing action. It further details objectives, such as driving investment, improving climate information and services and assessing progress over time, to enable more effective adaptation.

At Noggin, we believe the Strategy is a good start. However, more must be done sooner to improve flood prevention, protection and mitigation. Consulting international best practice in other areas, such as the European Union, which have dealt with catastrophic flooding, we put forth a set of potential strategies that governments and communities in this country can take to achieve flood resilience.

Take a river basin approach: effective measures for flood prevention and protection should be taken at the level of river basins, accounting for the interdependence and interaction of effects of individual measures implemented along the same water course. More specifically, water management systems, forecasting, flood defence measures and crisis management must be organised on a river basin basis, cutting across regional boundaries.

This should also be done in cooperation with the relevant organisations in the fields of hydrology and meteorology, mitigation planning, river control, civil protection, as well as crisis management.

Or, take an integrated approach: effective flood mitigation also requires structural measures, to limit human activity in known flood plains to the best extent practicable. Those measures include building codes and legislation to keep structures away from flood-prone areas and appropriate land-use policies for vulnerable areas.

In some cases, even relocation of extremely endangered activities and buildings may be advisable. When not possible, governments must bolster efforts to prepare populations on how to act during floods with correct risk communication and early-warning systems.

Floodplains themselves should be adequately designed, with effective flood-control structures. What will it take?

However, taking such a river-basin integrated and long-term view requires interdisciplinary cooperation at all government and local levels for a coordination of sectoral policies regarding environmental protection, physical planning, land use planning, agriculture, transport and urban development; plus a coordination regarding all phases of risk management: from risk assessment to mitigation planning and implementation of measures.

A holistic approach is necessary throughout the river basin, facilitated by increased knowledge about responsibility, function and capacity of the concerned parties, plus better understanding and a better support for decision-making. Such a proposed expansion of water management policy will necessarily demand new knowledge, so that societal, administrative and technological solutions can be investigated in advance.

Finally, these measures should eventually be compiled in a comprehensive action plan for reducing flood damage. The action plan will accomplish the following:

Finally, flooding is a part of nature. But human interference into the processes of nature often serve to exacerbate risk.

Defensive in nature, short-term solutions, such as just-in-time forecasting and public warning, do little to address that factor. Therefore, to the extent practicable, government must proactively change focus to mitigation activities, promoting the coordinated development and management of actions regarding water, land and related resources to achieve resilience. 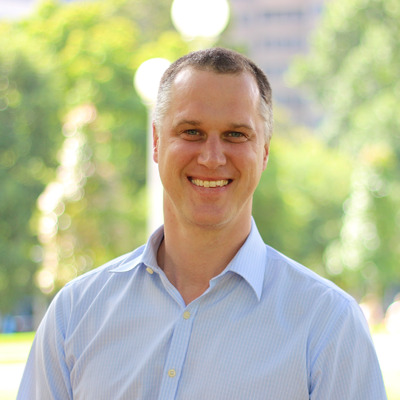 One national emergency response system is desperately needed for all stakeholders and affected...

To ensure public safety, technology needs to become more rugged to get the job done.