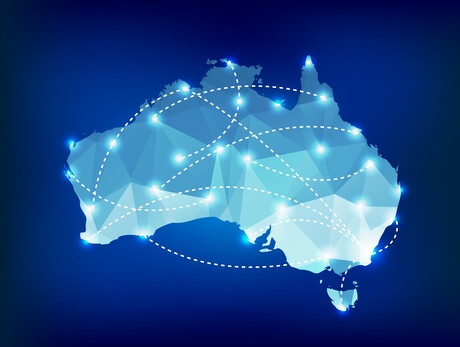 The 2019–20 bushfire season had many casualties, including communications networks. However, the communications issues in the news of late have nothing to do with coverage, radio congestion, outages, burned-out radio or telco sites, battery capacity, lack of COWs or generators.

“In 1974, emergency services from all over Australia went to Darwin to provide assistance following Cyclone Tracy, just as they did in NSW in 1994, 1999 and 2001, Canberra in 2003 and Victoria in 2009. In each case, the same situation prevailed: the visiting units found it difficult, if not impossible, to interoperate with local units using radio.”

Since then, we have seen interoperability issues cited in government reports and/or royal commissions on the Queensland floods in 2011, Tasmanian fires in 2013, Queensland cyclones in 2013 and 2017 and the 2019–20 fires which raged across the country.

In 2003, the federal government commissioned a report in relation to inter-agency communications and rural fire brigade communications, including action taken by individual brigades in developing informal systems to overcome perceived problems with agency systems. The report covered communications in all states and territories.

The primary recommendation of that report was “That the Commonwealth, State and Territory Governments commit to the development, in conjunction with representative bodies of all emergency services, to a National Strategic Radio System as an essential element in the protection of Australia.”

Some of the interoperability issues have been somewhat resolved by installation of and/or upgrades to state government radio networks. However, not all agencies use these networks, nor do these networks currently provide the level of interoperability needed between agencies, or even less across state borders.

This hinders efforts and endangers lives. Most agency networks are not currently interoperable, even though making them so would be an easier task than most people realise.

For years, the NSW Rural Fire Service has carried numerous radios in each vehicle, including a UHF CB radio, VHF mid-band, VHF high-band, UHF PMR and UHF GRN radio. This ensures that the vehicle can operate on an embarrassingly varied suite of networks, most of which achieve essentially the same thing. A firefighter advancing into a fire front, however, cannot carry such a smorgasbord on his or her belt.

Governments have known about the interoperability problems for decades. It is time for something to be done about it. But until then, UHF CB remains the only widely adopted, truly interoperable, nationally available and readily accessible form of two-way communications.

Is a nationwide P25 radio network the solution? Or is mission-critical push-to-talk (MCPTT) the golden bullet?

As the 2003 report points out, no radio system can guarantee 100% coverage (nor 100% uptime), hence the need for a back-up communication system at all times. Whether a P25, LTE-based and/or MCPTT or hybrid solution is chosen as a solution, there needs to be a robust, reliable and simple (ideally autonomous) back-up solution built-in which provides communications when the network is out of range, unavailable or otherwise impaired.

The time to act on a nationwide communications network for first responders and government agencies is now. “A lesson learned isn’t a lesson until it brings about change.”

Ben Cosier is Operations Manager at IMPULSE Wireless, where he is responsible for developing solutions including LMR and PTT over LTE. He has experience in technical and operational roles within the enterprise, government, military, radio dealer and manufacturing sectors.

This article was first published on 20 July 2020

Best of 2020: No room for communications complacency in the 'new normal'