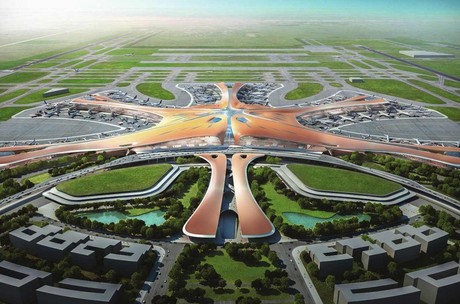 Airbus will supply its TETRA technology to the new Beijing Daxing Airport.

The airport, due to open in September, will soon be the second in Beijing to secure daily operations with radio technology from Airbus.

Airbus will provide one TETRA DXTA server and nine TB3 base stations with eight TTRX 32-channel receivers per base station for Beijing’s second international airport communication structure. The system will be mutually backed up by the Beijing Capital International Airport to enhance the communication and management of the two airports. The whole network will be put in use before 30 September, the official opening date of the airport. This new airport will possess eight runways and serve around 100 million passengers annually, all of which will be secured with Airbus technology.

Tests carried out in April proved the interconnectivity between the digital trunk communication systems of both airports to be reliable, as stable and clear communications were recorded. The two TETRA systems provided by Airbus are fully interconnected; this will allow for airport-related entities such as airlines and ground service companies to benefit from seamless communications between both airports.

Beijing International Airport is also equipped with an Airbus TETRA system, which has provided highly stable, reliable and flexible communication security for daily operations since its deployment in 2008. Over the past 10 years, it has played a vital role in securing tasks relating to passenger transportation, as well as the logistics of high-scale world sports events. The current system serves over 10,000 subscribers. In 2018, the Beijing Capital International Airport saw over 100 million passengers for the first time, making it the second busiest airport in the world.