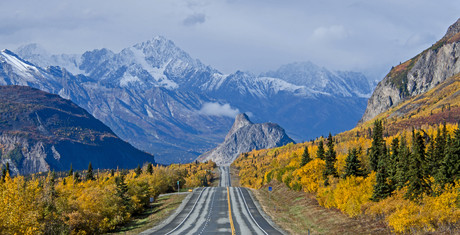 Alaska’s Department of Public Safety (DPS) has provided a one-year courtesy notice to telecommunication companies statewide that a formal request for the implementation of Wireless 911 will occur.

According to FCC rules, a wireless carrier has six months to deploy the enhanced capabilities after a formal request is made.

For calls made from a mobile phone, Wireless 911 will automatically provide emergency centre operators with the phone’s location and the phone number itself — the latter being particularly useful should the call drop out.

While Wireless 911 has already been implemented in some locations within Alaska, 80% of the state is currently not covered.

The courtesy heads-up from the DPS will enable carriers to incorporate provision for Wireless 911 in their scheduled maintenance and upgrade plans for remote towers.

It is expected the new ECC will be up and running in two years, at which time it will work in concert with the other major Alaskan ECC at Fairbanks.

The two ECCs will be used primarily for DPS operations, with local jurisdictions still looking after standard 911 call operations.

“Public safety for all Alaskans is being addressed with this major telecommunications upgrade and the consolidation of dispatch services,” said Commissioner Amanda Price, Department of Public Safety.

“In addition to being a significant improvement in our ability to provide comprehensive public safety services to rural Alaska, these efforts will benefit every person that recreates in, or traverses, our immense back country.”