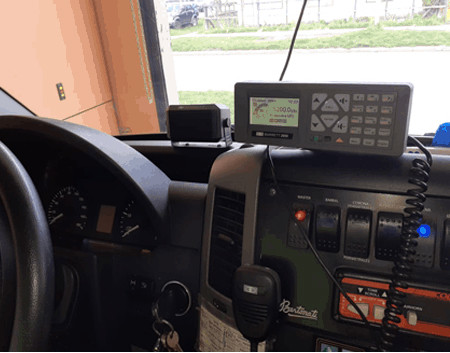 Barrett Communications’ radio systems are helping to strengthen and secure ambulance and hospital communications in Chile’s Aysen region, thanks to a recent contract with the local Urgent Medical Attention Service (SAMU).

Under the contract, Barrett has installed a new HF network — which spans over 100,000 km2 — and outfitted SAMU’s 15 ambulances with 2050 HF transceivers in mobile vehicle configuration and 2019 auto-tuning antennas.

Additionally, two regional hospitals and the major Health Ministry office in Santiago have received Barrett’s 4050 HF software-defined radio (SDR) base stations. The HF base stations have been loaded with Barrett’s 2020 HF email system and vehicle tracking software to allow voice, email and data communications as well as real-time ambulance tracking by office radio operators, according to the supplier.

SAMU chose to expand its HF communications network after two of its ambulances received Barrett HF radio equipment to help with the mudslide relief efforts in 2017, Barrett said.

Barrett Communications’ Operations Manager – Latin America, Diego Del Gallego, said: “One of the major challenges faced by SAMU was that as soon as their ambulances left a major town, their existing communications systems could not be used. HF now enables them to maintain communications along the entire journey, which, in some cases, can be covering many hundreds of kilometres”.

Del Gallego added that “the Barrett 2050 transceiver and 4050 HF SDR include Digital Voice and ALE (Automatic Link Establishment) options which automate many of the radio functions and provides clear, near-telephone quality radio communications over the entire HF network”.

Copper thieves to be caught on camera

Opinion: It's now or never for the nbn