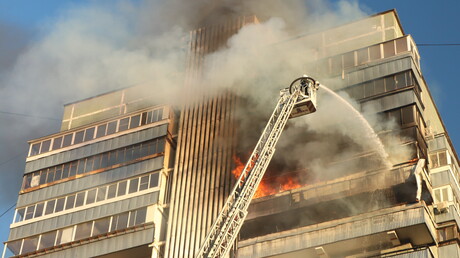 The US Federal Communications Commission has redoubled on its efforts for quickly locating people who call 911 from wireless phones in multistorey buildings.

In an order adopted on 16 July, the Commission affirmed rules that will help emergency responders determine the floor level of wireless 911 callers in the largest US markets and extended those requirements nationwide, aiming to reduce response times and ultimately save lives.

The Commission’s Enhanced 911 rules require wireless providers to transmit to 911 call centres information on the location of wireless 911 calls.

They also obligate wireless providers to meet an increasingly stringent series of location accuracy benchmarks in accordance with a timetable, including providing the caller’s dispatchable location (such as the street address and flat number) or coordinate-based vertical (‘z-axis’) location.

In November 2019, the Commission established the z-axis location accuracy metric as plus or minus three metres relative to the handset for 80% of indoor wireless 911 calls.

National wireless providers must meet April 2021 and April 2023 deadlines for deploying z-axis technology, which must comply with the metric for accuracy, in the top 25 and 50 markets, respectively.

In the order, the Commission affirmed the 2021 and 2023 z-axis requirements, rejecting a proposal to weaken them.

To give wireless providers additional flexibility in meeting these requirements while still advancing critical public safety objectives, the Commission allowed providers to deploy technologies that focus on multistorey buildings, where vertical location information is most vital to first responders.

The Commission also required wireless providers, beginning in January 2022, to provide dispatchable location with wireless 911 calls when it is technically feasible and cost-effective to do so, which will promote consistency in the Commission’s 911 rules across technology platforms.