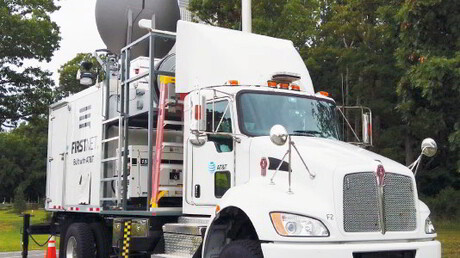 The First Responder Network Authority Board has approved the first set of investments for enhancing FirstNet, the US nationwide public safety broadband network.

Specifically, the board approved US$218 million for initial network upgrades to set FirstNet on the path to 5G and to expand the dedicated fleet of deployable assets.

“These investments mark the next major step in our mission as we continue to evolve the FirstNet network based on public safety’s needs,” said FirstNet Authority Board Chair Edward Horowitz.

The US$218 million will be used to expand the fleet of FirstNet deployables to enhance network coverage and capacity for public safety during emergencies and events. The FirstNet fleet currently includes 72 land-based deployables such as Satellite Cell on Light Trucks (SatCOLTs), plus three airborne Flying COWs (Cell on Wings) and the FirstNet One aerostat.

The investment will also be used to fund initial generational upgrades to enable 5G network capabilities. The evolution of the network to 5G is expected to be a multi-stage effort, beginning with upgrades to the dedicated FirstNet network core. Physically separate, highly available, redundant and highly secure, the network core acts as the nervous system of the network, separates all public safety traffic from non-public safety user traffic and enables differentiated services for network users.

5G is expected to drive major increases in the quantity and types of connected devices for FirstNet users, including vehicles, unmanned aerial vehicles and sensors.

“We appreciate their continued support as we work with them to identify investment opportunities for FirstNet, the only nationwide public safety broadband network. This is just the beginning; we look forward to the work ahead to achieve the full potential of this network.”

The German city's police and fire control rooms will be equipped with a multimedia system...