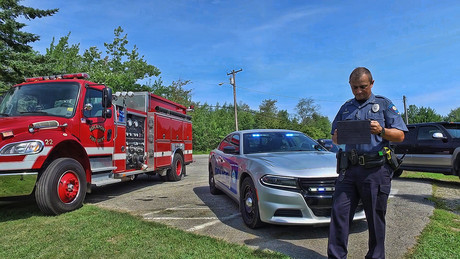 Almost 9000 public safety agencies and organisations across the US have subscribed to FirstNet, amounting to more than 750,000 connections in service, according to an AT&T statement released on 12 August.

AT&T has also claimed that, for the second consecutive quarter, FirstNet has performed with greater network speed (as experienced by its users) than any commercial network, according to a company analysis of Speedtest results.

AT&T says the number of markets with the FirstNet Band 14 spectrum access is nearing 650, with around 65% of the company’s nationwide coverage targets completed ahead of schedule.

“This is the only platform that has been built from the ground up just for this [public safety] community, and we believe FirstNet is the most important network in the country because it serves public safety across the country,” said Chris Sambar, Senior Vice President, FirstNet Program at AT&T.

FirstNet Band 14 users will soon have access to high-powered user equipment (HPUE) that can transmit at stronger signals (in accordance with 3GPP standards), with AT&T and Assured Wireless Corporation working on HPUE solutions.

HPUE has the potential to boost coverage in remote regions and difficult-to-reach indoor areas.

“Our collaboration with AT&T is a perfect example of technology’s power to do great things for public safety,” said Tom Bilotta, CEO of Assured Wireless Corporation.

“The standards-based HPUE solutions that we plan to bring forward will build on the unique capabilities of FirstNet to further strengthen first responders’ ability to communicate no matter where their mission takes them.”