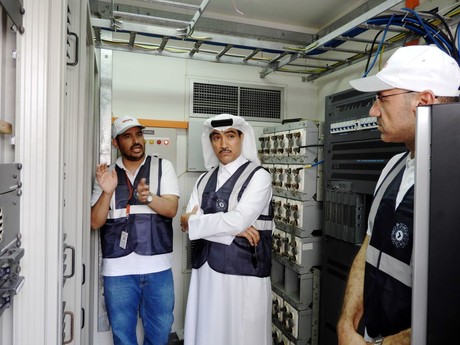 Professional mobile radio technology from Airbus has been installed at the Hajj pilgrimage event in Saudi Arabia.

Governmental entities used the latest network from Airbus, while engineers and experts supported Bravo to monitor and operate the secure radio infrastructure and the applications successfully.

As well as its support to Bravo, Airbus has successfully contributed to the smooth running of this year’s Muslim pilgrimage in the vicinity of Mecca in Saudi Arabia with resilient radiocommunications technology.

The Muslim pilgrimage to Mecca, the Hajj, is one of the largest gatherings in the world. Its organisation entails growing logistic challenges as the number of pilgrims has increased in recent years. This year, more than two million Muslims gathered in Mecca. This has led the Saudi government to arrange new security measures to protect believers.

The public telecommunications company Bravo is the only licensed operator in the Kingdom of Saudi Arabia providing governmental, industrial and commercial sectors with services and solutions addressing instant collective wireless communications.

Teaching in 2030: barriers to tech use