Military comms on the bushfire grounds 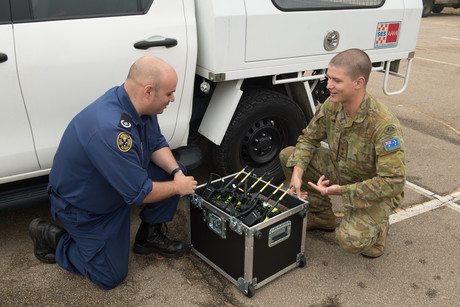 The Australian Defence Force is assisting in the recovery process following the tragic bushfire disaster that has befallen several states. This support includes providing a multitude of different communications services.

The photos below capture just some of the ways in which members of the ADF are employing different modes of communication to enable liaison between civil authorities and ADF forces themselves.

From handheld radios to satellite communications, and even transportable air traffic control towers, the ADF has a wide range of communications abilities that it can bring to bear in times of both peace and war.

Evacuees from Mallacoota step off HMAS Choules' landing craft as they arrive at HMAS Cerberus.

Flight Lieutenant Ben Young, air traffic controller with the Royal Australian Air Force, with the Mobile Control Tower that has been placed at Bairnsdale Airport to assist with air movement control.