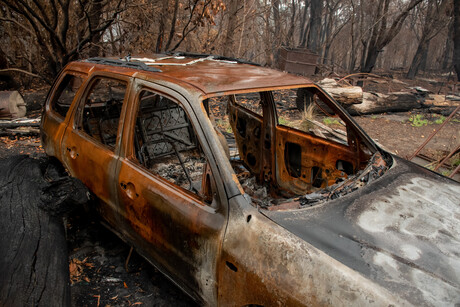 The NBN Co is calling on Australians to put safety measures in place this disaster season and follow some simple tips to help maintain communications during emergency and disaster events. It is backing this up with a rollout of emergency equipment Australia-wide ready for emergencies across the country this summer.

While it is always important for households to be prepared in the event they lose connectivity, disaster season provides an opportunity for companies to refresh contingency plans and make sure employees are aware of safety procedures. NBN has temporary network infrastructure, which may be deployed, where it is safe, into communities following emergency events to provide temporary internet services at community hubs and relief centres.

This season’s recovery efforts will be boosted by the addition of 58 new pieces of temporary infrastructure, including multi-technology trailers (MTT), network on wheels, wireless mast trailers and hybrid power cubes, which will be stationed in different locations across the country for potential deployment if needed.

The $6 million worth of infrastructure equipment, which was partially funded by the Australian Government’s Strengthening Telecommunications Against Natural Disasters (STAND) package, joins NBN’s fleet of Sky Muster trucks and portable satellite kits, which also help provide communities with connectivity in the aftermath of emergencies.

NBN also continues to roll out the disaster satellite service, with up to 2000 satellites to be deployed as part of the federally funded STAND package. These satellite service units are being installed at designated emergency management sites and evacuation centres across the country. The services provide a back-up communications connection using satellite technology and can be switched on during an emergency event, providing free full satellite broadband functionality, including Wi-Fi and video streaming.

MTT trailers are self-powered via hybrid battery and generator with optional solar. They have a base capability to support fibre to the node, with the option to bolt on fixed wireless and hybrid fibre coaxial (HFC) capability.

The wireless mast trailer is a transportable pneumatic mast trailer primarily used to support the fixed wireless network. It can be used to replicate a small 18-metre-high tower, allowing quick and temporary installation of antennas and microwave radios in an emergency event. It can also be used to boost wireless access point signals if deployed in conjunction with other capabilities such as a satellite flyaway kit.

Hybrid Power Cubes are hybrid technology power generation units that combine solar, battery and compact diesel generator technologies to primarily enable NBN fixed wireless facilities to operate for long periods of time without a power grid connection. These can also be used to support TNI deployments and other NBN technologies.

The Network on Wheels trailer is a towable enclosed trailer containing rack space, cooling, power systems, fibre distribution and devices for a small exchange. It can be used to support fixed wireless and fibre to the premise, node and/or curb networks.