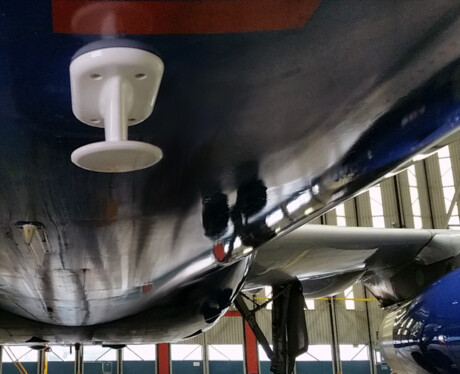 Pivotel plans to make Australia one of the first countries after the European Aviation Network (EAN) to experience broadband connectivity in the sky after signing a memorandum of understanding with SkyFive to undertake a technical evaluation and proof-of-concept trial of SkyFive’s Direct-Air-To-Ground (DA2G) solution.

The joint venture will see Pivotel deploy a DA2G network powered by Nokia’s eNodeB and NEC’s iPasolink Microwave technology, providing coverage to an area of around 50,000 square kilometres between Dubbo and Sydney. The trial will also include Flightcell’s onboard terminal, showcasing how the combined technologies can improve the air traveller experience and inflight operations, and enable a wide range of practical data-intensive applications for public safety aviation.

Skyfive’s DA2G land-based mobile networks are optimised for aerial coverage, addressing the specific technical challenges associated with altitude and speed. The networks provide data speeds of up to 100 Mbps, with less than 50 milliseconds of true end-to-end latency, providing an entirely private and secure service dedicated to airborne aircraft, while also offering the ability to connect services on the ground at airports or heliports.

Stakeholder engagement has already begun with a number of commercial airlines and agencies expressing interest in participating in the trial, including the Royal Flying Doctors Service (South Eastern Section). The service will provide users with access to high-speed and secure connectivity to their private networks, while also allowing internet-based real-time applications to be utilised, such as streaming high-definition video, transmitting critical patients’ biometric data to hospitals, plus a wide range of other data-driven services.

To make the trial possible, Pivotel and Skyfive have secured a scientific spectrum licence in the proposed A2G frequency band. The use of this dedicated radiofrequency spectrum is the key enabler for both the performance and data security of DA2G communications. Once the trial is successful, Pivotel plans to roll out a national DA2G network across Australia.

$6 million of infrastructure assets to be distributed country-wide in readiness for summer.