Radio to the rescue after quake

On 20 April 2013, a 7.0-magnitude earthquake struck the town of Ya'an, in Sichuan province, China. At least 196 people died from the powerful earthquake, and thousands of others were seriously injured.

In the immediate aftermath, communications company Hytera deployed emergency equipment including DMR digital portable radios, repeaters and dispatching systems to the earthquake-stricken areas. A team of engineers was also dispatched to Lushan County, the worst-hit area, for communications support. 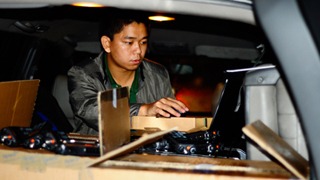 When the earthquake struck, the public communications network was seriously damaged, bringing great difficulties to the rescue efforts. To support the earthquake relief in Lushan, Hytera engineers shipped and installed the emergency communications equipment there throughout the night. The rescue teams were connected via the communications system, and could transmit on-site images to the command centre for better deployment.

Hytera DMR portable radios and repeaters were also deployed in other counties of Ya'an on the same day, providing smooth communication for the rescue efforts. 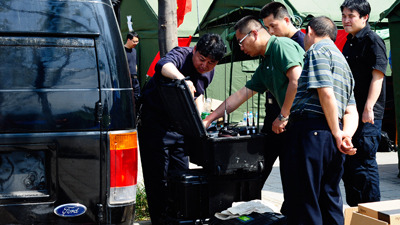 On-site product training for the rescue team by a Hytera engineer.

In addition to rescue efforts in the earthquake-stricken areas, the transportation of disaster relief supplies was also of great importance to the earthquake relief. Hytera, together with its partner firm in Sichuan, offered communications support to the railway bureaux, ensuring timely transportation and distribution of supplies.