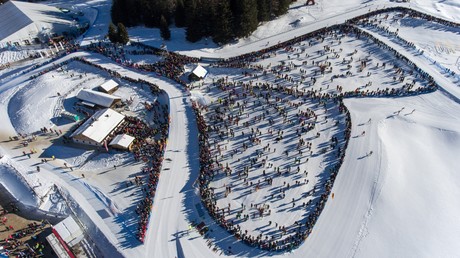 An Airbus TETRA network is now in operation at South Tyrol.

The network was successful in supporting public safety organisations during the Biathlon World Cup 2017 during January.

The competition was organised by the International Biathlon Union (IBU), with doctors, drivers and organising staff on board to ensure the event ran smoothly.

“The World Cup organisers and the South Tyrolean Civil Protection agencies operating the network were very happy with our radiocommunications technology. Everything worked perfectly well during the event,” said Markus Kolland, head of Sales and Program Delivery Europe and Africa of Secure Land Communications at Airbus.

Besides the TETRA network with TB3 base stations and DXT3 switches, Airbus TETRA radios and accessories were used in Antholz. Moreover, the robust handheld radio THR9i was appreciated by the staff for its ease of use and intuitive operation.

Together with Austrian company STRABAG Infrastructure & Safety Solutions, Airbus has been installing the new TETRA-based state radio network for the autonomous province of Bolzano-Bozen.

The single digital radio network for civil protection and security personnel will replace more than 40 individual analog networks. Since 2016, Airbus has been offering services and products via its regional partner, Avionic Service, in Bolzano.