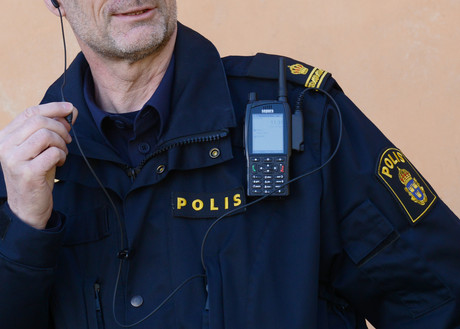 Sepura TETRA terminals will be rolled out by the Swedish Police as part of a force-wide upgrade.

The terminals will be supplied through Sepura's regional partner, Swedish Radio Supply.

This new agreement confirms that deployment will begin in May 2019, with the radios supported for two years with possible future extensions.

"The Swedish Police is the largest radio user in the Nordic region, so this is of course a very important customer and an important contract for us. We were keen to ensure that the police received a radio that closely matched their operational requirements. The deployment of the Sepura SC21 devices ensures that the Swedish Police will join London’s Metropolitan Police Service and the Dutch National Police in using the most advanced TETRA device on the market today,” said Jonas Hoke, Senior Business Manager and Customer Manager for the Police at Swedish Radio Supply.

The Swedish Police chose Sepura's SC21 TETRA hand-portable terminal to upgrade their radios to a smaller, lighter device that does not compromise on features or rugged capability. The SC21 is based on Sepura's next-generation platform with a large clear colour screen, good radio properties and rugged IP67-rated construction.

Despite being 25% smaller, it has the same battery and accessory connector as Sepura's previous STP terminal series, ensuring users get maximum return on expenditure, while also featuring key functionality such as high-sensitivity GPS, integrated Bluetooth, support for RFID tags, man down and lone worker protection.