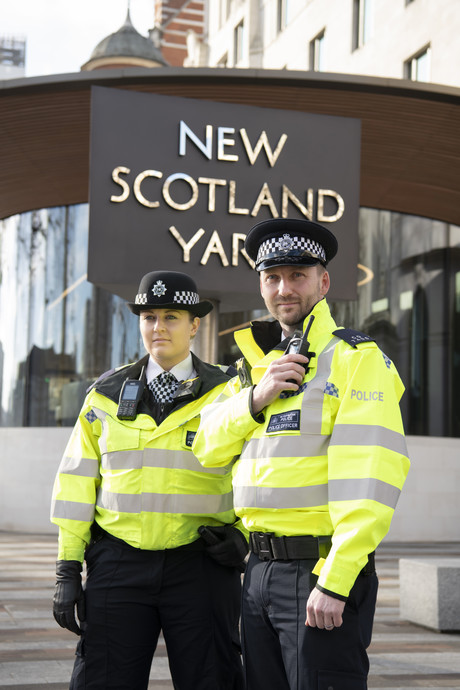 Sepura SC2 Series TETRA terminals have been adopted by the UK Metropolitan Police Service as part of a force-wide upgrade.

This agreement will form one of the largest single orders ever received by the company.

The decision to purchase Sepura terminals was taken after an extensive trial with the devices across numerous sites with varied teams within the force. Trial users reported back their strong preference for Sepura SC2 terminals over other suppliers, with positive feedback based around the superior audio quality, improved performance where coverage was poor, and ease of access to emergency call buttons. The large screen on both devices also proved popular, with its intuitive user interface offering quick access to essential functions.

The force fleet will comprise Sepura’s flagship SC20 terminal alongside its more compact but equally powerful stablemate, the SC21. The choice of terminal will be available to officers dependent on their operational requirement. This operational flexibility will be supported by a common user interface across devices, ensuring that users will be familiar immediately with their allocated terminal.

Sepura’s efficient battery management, combined with streamlined accessories across the Sepura SC2 Series range, will allow the force to save costs and reduce deployment time on a day-to-day basis.

In addition, a bespoke software release has been developed to deliver specific functionality, supporting the operational performance of the Metropolitan Police. With future innovation possible through the AppSPACE software environment, the new terminals will help to drive operational efficiencies.

In total the fleet will number over 32,000 terminals from the SC2 Series and SRG39000 mobile series, supplemented by Sepura’s extensive range of audio accessories. These will be deployed throughout 2019, with the first devices going live in May and all devices operational by December.

“The outstanding feedback from the Metropolitan Police trial users was that the SC20 and SC21 devices were significant upgrades on their existing terminals, with improved audio and an intuitive user interface allowing officers to use the terminal quickly with minimum expense on training. By taking the time to understand the force requirements, we were able to deploy innovative solutions that will enhance force-wide operations and TETRA fleet maintenance. We look forward to working closely with the MPS to deploy the devices and further support their communication requirements,” said Gary Maughan, Regional Director for UK and Ireland at Sepura.

“This order from the largest police force in the UK is a considerable endorsement of both Sepura’s products and our customer-led approach. Our solution matched key user requirements around cost savings, efficiencies and a futureproofed TETRA solution. Together with recent national fleet purchases in the Netherlands and Sweden, we are seeing the SC2 Series increasingly selected as the TETRA terminal of choice for European public safety forces,” said Steve Barber, Acting CEO at Sepura.

The NZ Defence Force's 1980s-era high-frequency radio system is about to be overhauled under...

The contract requires APD to produce control room technology that will be trialled by lead force...