VIDEO: A look inside the security dome 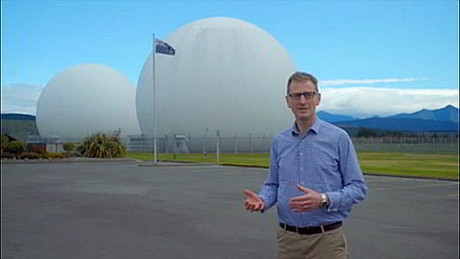 New Zealand’s Government Communications Security Bureau (GCSB) has marked the 30th anniversary of the establishment of its satellite communications interception station at Waihopai in Marlborough, by releasing a short video that takes us inside one of its domes.

The Director-General of the GCSB, Andrew Hampton, leads us through the airlock doors to explain details of the 18-metre dish and the dome that covers it, what the dish is used for and the strong controls on GCSB’s intelligence-gathering activity.

“GCSB provides intelligence in accordance with priorities that are set by the government, which is then used to inform decision-making and policy.”

“The nature of GCSB’s role means we often can’t make details of our work public because that would make us less effective in our role,” he said. “We are continuing to make more information about our work public where we can.”