5G+ is arriving: a connected backhaul is the backbone to future smart cities 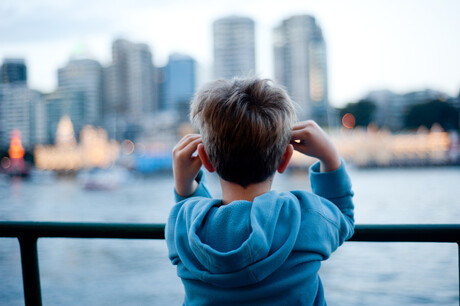 If government is to leverage the existing public safety backhaul network as a multiservice network for the growth of smart cities, then Nokia claims a high-performance broadband backhaul network is at the heart.

Smart cities offer the promise of safe, prosperous and sustainable living for all citizens, delivering effective emergency services and providing citizens with better public services. Consequently, governments are already upgrading land mobile radio (LMR) systems and harnessing broadband LTE services, such as in America with the US FirstNet, for a more coordinated emergency response.

To accomplish the smart city goals, governments are planning for other connected city infrastructure deployment that encompasses a wide range of systems such as CCTV, smart lighting and an intelligent transportation system.

Fundamental to a smart city infrastructure is a high-performance broadband connectivity platform connecting its associated assets. Because the infrastructure has a large footprint, to reach all assets economically, a private wireless network is the natural choice. Among the various wireless technologies, open standard-based LTE is the preferred radio technology because of its rich ecosystem, robust security and an evolutionary path to 5G.

In the past, a lack of spectrum has hampered local governments’ efforts to deploy private LTE networks for smart city infrastructure. However, national radio authorities around the world have now started to make suitable spectrum available.

In the US, the FCC has opened up the 3.5 GHz band (also known as band 48 with 3GPP). In Europe, countries such as France have also made the 2.6 GHz band available for vertical industries. These spectrum initiatives have prompted many infrastructure operators, including local governments, to investigate or plan for a private LTE network.

An essential element of a private LTE network is the backhaul network connecting LTE base stations (eNBs) and the LTE core. However, deploying a backhaul network adds significant cost and effort, causing additional time for the project.

Fortunately, there is an alternate option. Many local governments already have backhaul networks dedicated to public safety communications. If they can use those backhaul networks as multiservice networks to transport the private LTE traffic, this will improve the project economics and expedite smart city application deployment.

However, when using a public safety backhaul network as a multiservice network, it is imperative that public safety application performance is never degraded and the communications are never compromised.

Radio communication is a lifeline for first responders. It needs to be up and running 24/7. It is also a real-time application that is sensitive to network delay.

When the backhaul network expands to transport smart city private LTE traffic, there is a diverse set of smart city applications across the smart city infrastructure that run atop the network and compete for network bandwidth. Examples include intelligent traffic management systems, smart lighting and CCTV.

In addition, real-time, mission-critical LMR traffic requires strict delay with the highest possible reliability while smart-city applications have less demanding requirements. It is crucial that the network is application-aware to classify traffic for different quality of service (QoS) so that it always reliably delivers critical LMR traffic, even when there is network congestion, so that first responders can constantly communicate with their radios without disruptions.

A backhaul network provides meshed connectivity so that any device can reach any other device attached to the network. With more application systems such as the LTE system, the attack surface increases.

Furthermore, when the use of the backhaul network is further broadened to connect to city offices and public amenities, the attack surface expands further. And because these facilities are easily physically accessed, there is a concern that network vulnerabilities are increased significantly. When attached devices are compromised, attackers can use them as launching pads to move across the backhaul network and penetrate into the LMR and other critical systems to cause serious disruptions.

Interworking with the cloud

Smart city applications such as video analytics are evolving to a distributed, cloud-based architecture so they can scale up to process a large number of high-definition video streams, improve anomaly detection time and optimise backhaul bandwidth.

This architecture takes advantage of LTE local breakout capability and places the video analytics gateway function on a mobile edge computing (MEC) platform at the edge of the network. The MEC is even colocated with the eNB in some circumstances, with the general operations, administration and maintenance (OAM) functions of the video analytics system remaining in a video analytics cloud server application in the data centre.

With data centres embracing cloud technology, the compute resource hosting the video analytics cloud server application becomes dynamic and mobile. The cloud management system (CMS) can create, delete and migrate compute resources from one server to another and from one data centre to another for server upgrade, optimisation or maintenance.

This automation brings two challenges to the communications between the video gateway in the field and the cloud server application:

Because LTE is a 3GPP technology, local governments will benefit from a smooth evolution to 5G when and where needed for more bandwidth-intensive and time-sensitive applications while they continue to use the LTE coverage. Therefore, it is essential that the backhaul network is also ready to provide backhaul for the 5G network.

How IP/MPLS can help overcome challenges

QoS is a set of network capabilities to control delay, jitter and packet loss for data traffic flowing through the network. This is done by controlling and managing bandwidth resources in network equipment.

Although IP and Ethernet platforms do offer QoS, next-generation IP/MPLS routers, with extensive packet classification, queuing and scheduling capabilities, have advanced. A wide range of applications send intensive data with a diverse range of QoS requirements based on a customised QoS policy for each service created for each individual application.

IP/MPLS backhaul routers can classify, buffer, schedule and shape traffic to constantly satisfy the requirements of LMR traffic and various other applications. This capability of constantly meeting the service requirement is called deterministic QoS. See Figure 1.

As an example, when the IP/MPLS router is receiving a lot of public Wi-Fi data sent by citizens, as soon as the LMR radio sends critical voice or data traffic, the router recognises the LMR traffic and strictly prioritises it over other data traffic, minimising delay and jitter and avoiding packet discard when link congestion occurs. This is essential to ensure high LMR communications performance.

As more cities are considering a private LTE network as a foundation for a smart city project, those that have already deployed an IP/MPLS backhaul network for their public safety communication infrastructure can leverage this important network asset to simplify and accelerate the deployment of a private wireless network.

IP/MPLS is a technology already chosen by many mobile service providers around the world to backhaul their LTE networks. Due to its deterministic QoS capability, ability to support network segmentation with secure IP/MPLS VPNs and network-cloud interworking as well as its 5G readiness, an IP/MPLS backhaul network delivers the performance and economics needed to support both public safety communications and the future connected smart city services reliably.

The decentralised technology is designed for massive IoT networks.

How does 5G and the advanced technology it enables contribute to smart city evolution, making...

Global trends impacting the mining industry can be overcome utilising a total package.