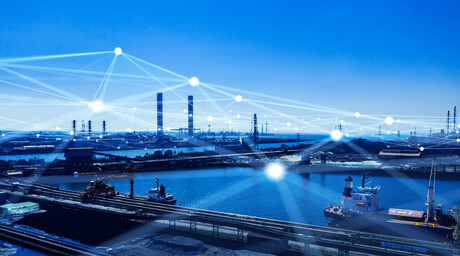 In its response to the consultation paper on the federal government’s 2020 Radiocommunications Reform proposals, ARCIA has raised concerns about equitable spectrum access, as well as compliance and enforcement issues.

Noting that it represents around 60,000 holders of LMR apparatus licences and growing interest from its members in spectrum availability for private LTE systems, the Association noted that it had been “consistently pressing the ACMA for higher levels of transparency in all spectrum management areas”.

As far as the ACMA’s Five Year Spectrum Outlook is concerned, ARCIA said that it concurs “that it is a valuable tool for the regulator to both report to the Minister through the Department, as well as to the users of the spectrum and the public. Although not a perfect document yet it is well on the way to being a highly valuable management tool.”

With regard to private LTE, the Association said that it “is going to be a developing market and will lead to the next wave of efficiency and productivity gains for many industry segments, [and] as such there has to be consideration given to the specific needs of spectrum in these markets”.

“We are concerned that there has to be a balanced approach regarding equitable access to spectrum as well as providing a level of certainty for licensees who will have invested significant capital into providing services,” it added.

Equipment rules are another area of concern, with the Association noting that “where the modernised equipment rules are outlined, we welcome the concept and can see benefits in moving away from the rigid standards regime managed by Standards Australia (SA)”, adding that “where products are manufactured locally, we can see the need for SA to be involved, but in the modern market where products are sourced from off-shore suppliers the SA regime is no longer viable”.

“The weakness in the proposed system will be maintaining access to the relevant equipment rules, as even with the present system there is little information available from the ACMA website that indicates to potential users of the spectrum what the actual equipment standards are,” the submission said.

“How can we expect non-technical importers or users to access information if even technical people cannot navigate the supposed source of the data?”

Compliance and enforcement are two more areas where “we have ongoing concerns … for the longer term,” the Association said, noting that “even today it is becoming more difficult to have the ACMA Field Operations staff respond to interference problems in a timely manner in areas outside of the main centres”.

“The new Act would seemingly be trying to improve the potential for ensuring compliance and enforcement, yet without some form of protection of the resources to provide these services the Act will be full of ‘hollow promises’,” the Association said.

“It is our belief that there needs to be some form of link between the funds generated by the enforcement actions of the ACMA Field Operations team and the resources they are provided to continue the work.”

“The proposals under the revised Act will give the ACMA many powers to make the management and regulation of the spectrum a much simpler and easier process, we do not want to see any watering down of the resources or the will of the ACMA to implement and manage these new facilities.

“When we look at the increasing of powers regarding accrediting external bodies to assist with the ACMA workload, maybe consideration should be given to extending some of the powers to enable licensed users of the spectrum to take civil action where their use of the spectrum is being interfered with by others.”

Summarising its response, ARCIA said that “we support the proposed changes to the Act and … we feel that maybe the role of the Act is changing and will soon encompass most of that covered by the Telecommunications Act at present”.

“This merging of technologies, plus the development of new technologies opens up the risk that unless the Act brings actions as well as words, the electromagnetic spectrum will suffer significant degradation and a valued resource will be compromised.”

ARCIA added that the revisions of the Act “are generally positive and we would sincerely hope that they will be embraced by both the regulator and the users in general”, adding that “we would trust that the past situation of a high degree of emphasis on the provision of spectrum to one group of users, the public carriers, will be tempered by the need to recognise that other demands exist for spectrum and that grouping large blocks of spectrum to cover large geographic areas is not necessarily the only or best possible solution”.