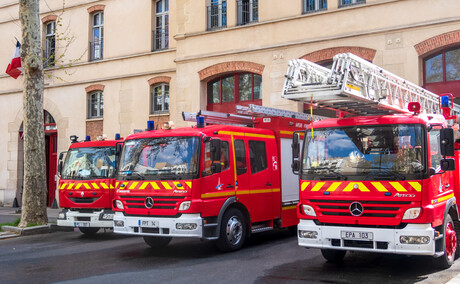 With the shutdown of commercial paging networks in Australia and New Zealand, individuals, companies and emergency responders that have relied on these networks to deliver their critical messaging have been forced to look at other technologies to fill the gap. In most cases they have moved to cellular technologies such as SMS or messaging apps to receive these time-critical alerts.

Although there have been vast improvements in cellular network capacity, SMS is a store-and-forward technology with no message delivery time guarantees. On occasions messages arrive late, which affects critical response times.

The use of cellular data via messaging platforms and apps delivers messages in real time. However, if the device is out of coverage or there is a network outage, time-critical messages can be missed.

Most mobile devices need to be charged daily, which can also become an issue in major disasters where power outages can last for many days.

There are still private and government-run paging networks in Australia and New Zealand with continued investment in the maintenance and expansion of the networks for healthcare workers and emergency responders. There is a deep understanding amongst these organisations that mission-critical paging infrastructure is at the forefront of how they respond to time-critical emergencies such as cardiac arrests or fire response. As these networks are private or government run, they are not available on a subscriber basis so, other than cellular technologies, is there another option available? LoRaWAN is certainly a technology that can be considered.

When LoRaWAN is mentioned there are often blank looks and mixed responses, so what is LoRaWAN? This is best described on the LoRa Alliance website as: a low power, wide area (LPWA) networking protocol designed to wirelessly connect battery-operated ‘things’ to the internet in regional, national or global networks, and targets key Internet of Things (IoT) requirements such as bi-directional communication, end-to-end security, mobility and localisation services.

In essence LoRaWAN is a low power, wide area, radio-based technology designed to monitor and control battery-operated devices in urban and rural locations. Some key features include long battery life for devices in the field, open standards so device developers are not subject to paying licence fees, flexible carrier-grade network models, easily scalable and with end-to-end encryption.

LoRaWAN is one of the fastest growing tech ecosystems with 170 network operators in 171 countries, 550+ members of the LoRa Alliance, 225 million connections growing at approximately 33% year on year, 240 million devices deployed with over 3.2 million gateways. Key uses include: predictive water maintenance and leak detection, control of smart streetlights, and monitoring of water usage, temperature and humidity in agriculture.

Locally, there are two commercial LoRaWAN network operators: National Narrowband Network Co. (NNNCo) in Australia and Spark in New Zealand. Spark and NNNCo have a trans-Tasman agreement simplifying connectivity between both countries.

NNNCo thus far is building its network on customer demand in both rural and metropolitan locations. These include Gold Coast, Newcastle, Hobart, Launceston and Shepparton, for example.

Tony Tilbrook, the CTO/COO of NNNCo, said: “Australia is a very big place, so we need to be creative in our approach. Our approach is 100% IoT coverage where and when you need it. We have flexible technical and commercial applications to provide ubiquitous network coverage.”

Spark New Zealand’s LoRaWAN network has 179 Marco sites and covers around 70% of the population including most major cities. Spark also offers ‘coverage in a box’ solutions for indoor and outdoor infill where macro coverage is not available.

Tonie de Vries, Product Manager IoT/ Emerging Technology for Spark, said: “Additional macro coverage would be based on customer demand. The network is not built to mission-critical standards; however, it can be used to add resilience to a multi-bearer solution.”

How can LoRaWAN be utilised?

Critical messaging needs to be delivered to emergency responders typically in less than 10 seconds.

In the LoRaWAN protocol there are three class operating modes: A, B and C. In Class A communication is initiated by the end device. Each uplink transmission is followed by two downlinks so, for a messaging device, it would need to send an uplink before a message is received, which is not ideal.

In Class B the device is synchronised to the network via periodic beacons so a downlink will open ‘ping slots’ at scheduled times. The latency is programable up to 128 seconds. There is a possibility Class B could be used if messages are not time critical.

In class C the device receiver is always open so a downlink can be sent at any time so there is no latency, which is perfect for time-critical messaging. The trade-off between the three classes is battery life, with Class A having an extended battery life compared to Class C.

Although there are many thousands of monitoring and control LoRaWAN devices available, there is only one manufacturer of a critical messaging device. TPL Systemes (TPL) in France manufactures the Birdy Slim IoT smart pager. 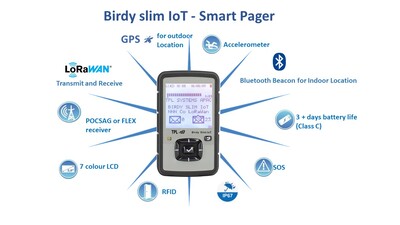 David Villacastin, the Managing Director of TPL, said: “We manufacture many devices from traditional POCSAG and Flex pagers to cellular 4G pagers. In our product meetings, we identified LoRaWAN as an exciting possibility as an additional bearer to critical messaging. After dedicating R & D resources the Birdy Slim IoT was released in the market in Q1 2020.”

The Birdy Slim IoT is an IP67-rated multi-bearer device including a POCSAG or Flex paging receiver, GPS for outdoor location, Bluetooth Beacon for indoor location with SOS and man-down capability. The addition of the LoRaWAN bearer gives the pager the ability to receive messages over POCSAG or Flex as well as LoRaWAN. On receipt of a message the device can send message received, message read and response availability over the LoRaWAN uplink giving it two-way messaging capability.

A fire department in the southern French Alps (SDIS 04) implemented the Birdy Slim IoT with LoRaWAN. It has 1548 volunteer firefighters and covers an area of 6925 square kilometres with a population of 154,500 residents.

Each firefighter carries a Birdy Slim IoT and is initially alerted via standard POCSAG paging. When the pager receives the message a message receipt acknowledgement is sent over the LoRaWAN network. The responder then can send a responding/not responding message back to the CAD operator so there is clear visibility on who is responding to the incident.

If the ‘message received’ acknowledgment is not received by the CAD, the message is then sent out via LoRaWAN in case the pager was out of POCSAG range. This adds resilience with multiple paths for the critical messages to be delivered.

The GPS position is sent via LoRaWAN to show the responder’s location to the fire station when a turnout call is sent. The GPS is used for SOS and Man-Down alerts. 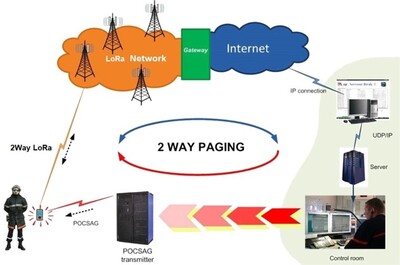 LoRaWan use case for the French firefighters.

Other industries in Europe where critical messaging is currently used with LoRaWAN include health care (hospital and aged care), agriculture and manufacturing. These include public and private LoRaWAN networks.

With any technology there are pros and cons, which can give benefits and cause limitations. From a critical messaging perspective, the LoRaWAN pros include: two-way messaging capability, multicast (one message to many devices) if enabled on the network, real-time message delivery with message receipt acknowledgement, easy to deploy and expand with low data costs.

Some of the cons include: LoRaWAN uses class licence frequency bands (923 MHz in AU and NZ) which is competing with other technologies on the band, it may not have the same coverage currently as other technologies and message length limitations of 80–120 characters.

In summary, the use of LoRaWAN for critical messaging is certainly promising. If LoRaWAN networks are designed to mission-critical standards it can be used to enhance traditional paging networks and offer more functionality with two-way messaging with added resilience.

This article is a version of the presentation to be made at Comms Connect NZ 2022. 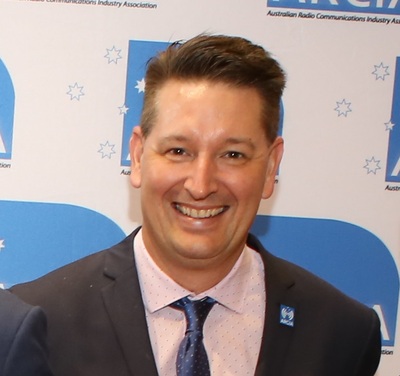 Bonded cellular and beyond

What is it, what is it used for, is it still relevant in a 5G world and, is it enough?