Multi-mode comms for roads and tunnels 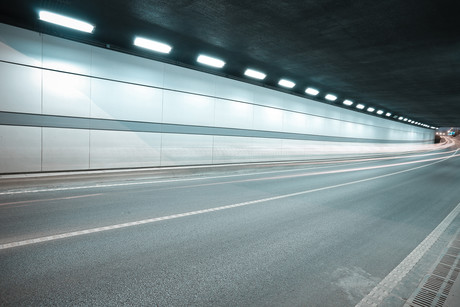 Tunnel Network Services (TNS) provides incident response, operations and maintenance for a number of Brisbane roads and tunnels, for the safe operation of which it needs reliable, clear and user-friendly communications.

The company began using PTT-over-cellular (PoC) communications in March 2017 following a successful trial of the technology. PoC was to replace its existing radio network, which had become unreliable. At this time, TNS provided incident response and maintenance for only one tunnel.

During the trial of PoC, there was a truck fire in the tunnel, which really put communications to the test. Lucas Anderson, Safe Lane Availability Manager, said the PoC was clear and reliable, and “the only problem was that some of the crews were still using the old radios” during the incident.

Having grown to now cover three tunnels plus interconnecting roads and junctions, TNS had been left with three disparate radio networks — a different radio system left over from each tunnel. This made coordination of teams across the network difficult, and many staff would have to carry several radios to enable them to communicate across all the areas they operated in.

As a first step to unified critical communications across the network, TNS deployed the IMPULSE Wireless Mission-Critical Portable (MCP), an intelligent radio that enables operation on 4G PTT, DMR and analog radio networks.

MCP’s ability to automatically hand over between modes, talkgroups and channels means it can automatically route communications via the most appropriate mode based on a number of factors, and is tailored for the application in which it is deployed.

The hardware for the MCP is the Hytera Advanced Multi-Mode Radio. MCP services, developed locally by IMPULSE Wireless, hands over between modes and provides seamless mission-critical communications. 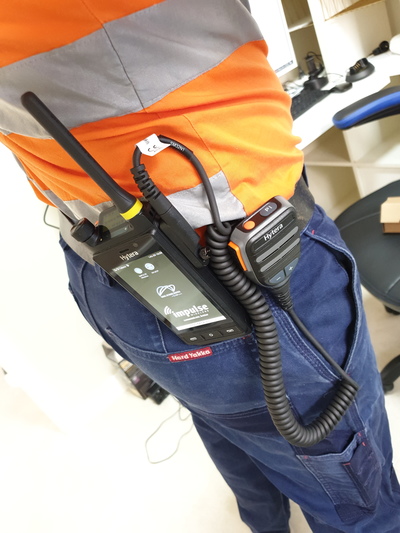 The intelligent MCP services provide redundancy, such as when the 4G network is out of reach or affected by an outage. Optimal transmit and receive paths and the timing of their individual selections are automatically and continuously assessed and chosen, based on various factors.

The MCP can automatically use the device’s DMR radio to provide mission-critical simplex or direct-mode communications, enabling communications off-network or when the network fails. It can also switch intelligently between 4G and DMR modes when available DMR networks should be used.

For a similar road operator, a solar-powered DMR Tier II radio network provides radiocommunications through a Telstra blackspot. The PTT and DMR networks are linked to provide seamless communications from user to user and to Omnitronics consoles in the control room, regardless of the field user’s location. The MCP radios intelligently roam between the 4G PTT and DMR modes, with no intervention from the users required.

The advantages of the system are greatly reduced costs compared with building a radio network to cover the client’s entire area of operation; clear voice quality when on 4G; enhanced remote support and updates for devices; and Australia-wide coverage when management staff have to leave the operational area.