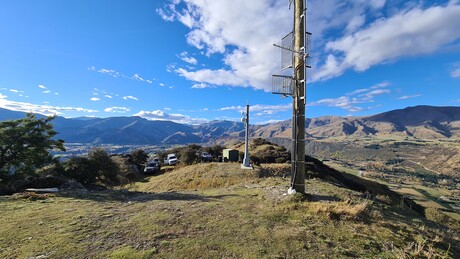 Looking to assure their communications network for several years in the lead-up to the launch of the Next Generation Critical Communications (NGCC) network, New Zealand Police (Police) has selected Mimomax Tornado radios as part of a nationwide linking replacement and expansion project.

Police have 15,000 staff, 11,000 of whom require connectivity in the field. The communications centre receives over 860,000 emergency calls per year and is one of the largest land mobile radio (LMR) networks in New Zealand, covering over 90% of the land area.

Following a network review in 2015, the Police Information and Communication Technology (ICT) team had identified risks in the network relating to the lack of componentry to repair some of the older equipment in addition to difficulties maintaining the correct operating parameters of the equipment. With 20 and 30 dual channel links requiring replacement, the aim was to find a cost-effective solution which could support analog equipment, be deployed quickly and offered a level of futureproofing.

The Police communications network also provides Fire and Emergency New Zealand (FENZ) with its communications across the nation, with the exclusion of the Auckland region. Throughout most of the country FENZ is provided with exclusive channels, which are maintained by Police staff but, for areas where exclusive channels are not available, the channels are shared between FENZ and NZ Police. At the point that Police were investigating their network replacement options, FENZ indicated its desire to expand its exclusive channels and so the network upgrade provided an opportunity to offer a more resilient service to both organisations.

With many of the existing frequency division multiplex dual channel links already in 50 kHz channels, the Mimomax Tornado radio system was found to provide the best solution as it offered three E&M channels for a 50 kHz bandwidth QPSK channel. Furthermore, the 16 QAM version radio could offer up to six E&M channels. While Police generally did not require this level of capacity currently, the extra capacity offered via higher modulation did provide an opportunity for using additional bandwidth for telemetry/SCADA or futureproofing should additional channels be required later.

One of the first steps in the network design process was to determine the level of availability required. Emergency services typically look for at least five 9’s availability, but the Police ICT team worked out this translates to five minutes of downtime per year, typically spread over four or five events.

In an emergency situation, losing more than a minute of service at a time is serious and, as a result, NZ Police decided to aim for less than 100 seconds of downtime in a year; equating to closer to six 9’s.

“Given the reliability of the Mimomax equipment and the fact that any of those 100 seconds related to propagation would not occur concurrently, it was estimated that this should probably result in 20–25 seconds of loss of service at any one time, which is more manageable. Once you get above a minute of downtime, people understandably panic,” said Richard Hutchinson, Infrastructure Engineer at Police. “Aiming to reach six 9’s availability, however, has its challenges with radio propagation as it does limit the distance over which you can run your link.”

For this reason, during the design process, most of the Mimomax links were specified at QPSK modulation to ensure the required link budget and hence the availability of the link. Some links were designed using 16QAM for the E&M higher channel capacity which could be gained but these links were operating on a correspondingly shorter path. Using 6 element Yagi antennas, Police found it was quite possible to achieve close to six 9’s availability on the shorter links when using the higher order modulation.

As the deployment phase started, the NZ Police team had the challenge of managing significant terrain limitations for two of their links. The first link was an obstructed path between Queenstown and Lake Hayes, which had Queenstown Hill in the path. “Despite being a non-line-of-sight path, it was also relatively short and the modelling tool had indicated it would work,” Hutchinson said. “To our surprise, this link has been remarkably stable and has, in fact, delivered the performance level the modelling tool had indicated.”

Another path in Nelson also suffered some fading, which soon became clear was due to tidal movement. Initial modelling had suggested that the two sites would be high enough to suffer no impact from the tidal flow; however, in reality the fluctuation was quite noticeable. “Despite that path suffering tidally induced deep fades, the links have been very well behaved. We have also experienced some significant weather events in both of these regions, but to date, our communications have not been impacted at all,” Hutchinson said.

A further challenge for the Police ICT team related to the fact the FENZ Selcall system is delay sensitive. Care would therefore need to be taken to equalise the delays between repeaters and the network voters as the replacement links were deployed. Fortunately, the Mimomax Tornado radios are able to support both the Police dual UHF link replacement and the FENZ expansion requirements. Furthermore, by careful equipment selection the latency can be made to be identical down the various paths linking the repeaters back to the voter.

In addition, the Police team was concerned that the legacy E&M interface configuration would have resulted in differences in interfacing levels between the Mimomax links and the existing equipment, adding a level of complexity to the installations. “The Mimomax team rapidly worked on a new configuration for the E&M interface,” Hutchinson said. “A week later, they had devised a drop-in replacement approach for the Tornado radios, which meant we didn’t have to make any further configuration changes on our side.”

While one of the selling points of the Tornado radios was the ability to operate in any of the three 400 MHz 50 kHz licensable linking bands, a radio with an internal duplexer would have locked the Police into a specific band, thus creating a requirement to stock a large number of spare radios and retuning on a channel change. Mimomax, however, was able to supply the radios with external duplexers, which offered broad enough bandwidth in each of the three bands to mean that Police are not required to carry large numbers of spares for either the duplexers or the radios.

“The Tornado radios also have a wide operating power supply range which meant we could use whatever power supply system the site already had without needing to create alternative power supplies,” Hutchinson said. 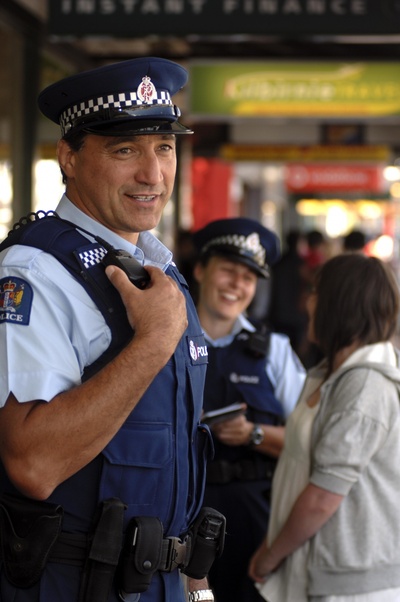 The dual polarity antenna system required to support the Multi Input – Multi Output of the Tornado radio system fortunately fit in the same aperture space as the previous linking antennas. This resulted in Police, in some cases, only needing to run an extra feeder before swapping out the antenna.

When the Police Information and Communications Technology team were originally investigating equipment replacement options, one key consideration was that the Mimomax Tornado radios had initially been developed alongside Tait Communications radios and therefore offered both P25 and DMR capability. “With the upcoming rollout of the NGCC P25 network, we could see a possible benefit of the Mimomax radios not being a sunk cost as there was an option for redeployment in our network due to their ability to support P25 traffic,” Hutchinson said. “By selecting these radios, we now have the opportunity for futureproofing our communications if circumstances require it.”

Police have now deployed 18 of the links with the final links in this project due to be installed throughout the remainder of 2022. “The installation and commissioning of the Tornado radios has been entirely painless — we simply put the radios in, and they just worked!” Hutchinson said.

This article is a version of the presentation to be made at Comms Connect NZ 2022.

Bonded cellular and beyond

What is it, what is it used for, is it still relevant in a 5G world and, is it enough?