When one thinks of APCO Project 25 (P25), the first thing that usually comes to mind is a digital, narrowband, wireless network used primarily for public safety communications. While that is the case, P25 networks are also being widely adopted by other vertical markets such as utilities, transportation and the resources industry. One of the reasons behind this is the growth of open standards.

It is important to note that P25 is a ‘living’ standard, whose features grow over time as new requirements are identified. Thus, it is characterised by ‘phases’. Further, in most P25 systems, the fixed network equipment (FNE or other RF subsystem equipment) is interconnected together via a wireline IP network. Unlike many other digital wireless technologies in the LMR/PMR market, P25 standards not only define over-the-air wireless protocol, but also wireline standards; which is one reason that P25 standards have taken longer to develop than some of the other digital LMR/PMR standards.

FSI is an interface between conventional fixed stations (base stations or repeaters), and a ‘host’, which can either be a P25 RF subsystem (RFSS) or a P25 console subsystem (CSS). This interface can either be implemented as an analog FSI (AFSI) or a digital FSI (DFSI) using an IP circuit. It is important to note that AFSI and DFSI both support analog and digital over-the-air modes with or without over-the-air encryption.

CSSI is an interface between an RFSS and a CSS and is generally used for P25 trunked systems. This interface uses an IP network and is designed to allow console systems to simultaneously monitor multiple P25 talk groups and supports the ability to access most over-the-air features (including radio inhibit, monitor, check, emergency and unit ID).

ISSI interface between RF subsystems allows wireline interoperability over IP between P25 systems. It is interesting to note that the ISSI and CSSI share the same P25 standards documents; the only difference being that the CSSI uses a few additional messages not required for a pure ISSI implementation.

Each wireline interface is defined by a suite of TIA documents: an overview, a procedures document, and conformance and interoperability test documents. Presently, ISSI has a complete set of published documents, while FSI and CSSI are almost there; barring some test documents which should be published by 2013. Revisions to current documents are also in the works to add support for packet data (including OTAR) and P25 phase II TDMA trunking. However, it is important to note that since sufficient core documents exist today for all of the interfaces; many manufacturers have already brought product to market.

Zetron has actively invested in R&D to ensure P25 compliance for our command and control dispatch consoles. As open standards provide the user real interoperability and vendor choice, we have publicly advocated and conducted successful testing with P25 manufacturers who have brought CSSI to market. 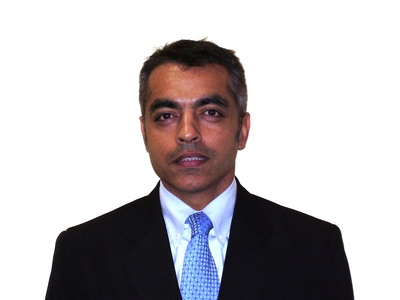 By Ranjan Bhagat, Zetron Australasia’s general manager and vice president, based in Brisbane, Australia. He has over 20 years’ experience in the mission-critical communications industry and began his career at Zetron in Redmond, USA, in 2001. Prior to joining Zetron, he held senior technology and business leadership positions in organisations focused on voice and data networking and telecommunication systems. He has a BSEE degree and an MSEE degree from Washington State University, USA.

Research report on the future of marine communication

Maritime communications is as diverse as the vessels that ply the seas.

A guide on mobile broadband procurement considerations for public protection and disaster relief,...

Softil released its annual state-of-the-industry review of the global mission-critical...