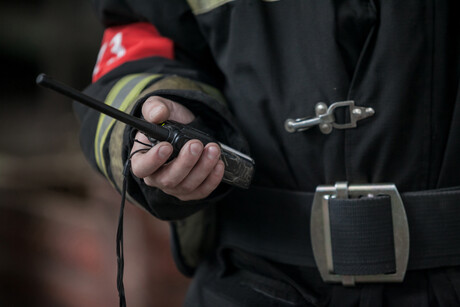 The goal is to allow handheld radios to utilise the LTE networks.

NIST’s prototype system could help overcome a major barrier to upgrading public safety communications. Many of the 4.6 million US public safety personnel still use traditional analog radios, due to the high cost of switching to digital mobile phones and these systems’ slow incorporation of older ‘push to talk’ features that are both familiar and critical to first responders.

The prototype connects analog land mobile radio (LMR) handsets and towers with a long-term evolution (LTE), the most widespread wireless standard, server that handles operations inside a broadband network. The LTE system is known as mission-critical push-to-talk, which refers to essential aspects of public safety radios such as high availability and reliability, speaker identification, emergency calling and clear audio quality.

It uses software instead of hardware to enable flexible frequency selection and interface designs, which interact with the LMR signal interfaces and feeds that data into the next unit. An open-source software environment for managing software radio handles digital signal processing. A user interface for LTE handsets allows LMR radio users to talk to LTE network users like they are both on the same push-to-talk network, with calls initiated from either side.

Goals include robustness, low cost and close conformance to existing and future standards. The physical equipment includes computer hardware that runs all three components, suitable software and an antenna. The computer must have an internet connection to the LTE system. The entire set-up is about the size of a video game console plus a laptop or desktop computer.

The NIST system costs less than existing US industry and government efforts to bridge radio and mobile phone networks. To promote technology transfer, they intend to publicly release all capabilities on an open source basis for use by anyone.

Global trends impacting the mining industry can be overcome utilising a total package.

5G+ is arriving: a connected backhaul is the backbone to future smart cities

A cost-effective solution is to leverage an existing public safety backhaul network as a...

As we move into the era of Industry 4.0 and the Internet of Things (IoT) there is the need for...