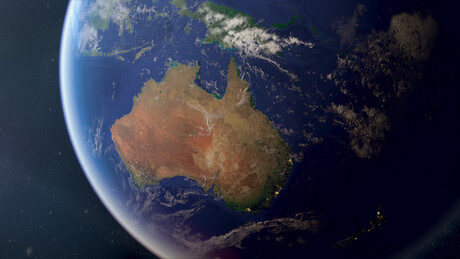 The federal government and private companies are investing in new Australian-controlled satellite capabilities for defence, security and commerce.

As announced earlier in the year in the Defence Strategic Update and Force Structure Plan, the federal government is taking steps towards investing in Australia’s first fully owned and controlled military satellite communication constellation, as part of a $7 billion investment in space capabilities over the next 10 years.

“The Australian Defence Satellite Communications System project will be a critical enabler for the future operational capability of Defence, by providing real‑time operational and logistical information which is essential for the command and control of deployed forces,” Minister Reynolds said.

“In our increasingly information-dependent warfighting domains, it will provide Australian-controlled communications and assured access for the ADF and for others including Emergency Services.”

The sovereign-controlled system will be augmented by contracted commercial satellite communications and industry partners, to assure resilient communications globally for the ADF across a range of space operations.

A request for tender, which aims to engage a single prime contractor to deliver, upgrade and sustain the capability over its life of type, is set to be released in late 2020.

Potential opportunities for Australian industry involvement include software development, systems integration, facilities construction, system operators, sustainment and participation in the supply chain through manufacture and supply of sub-systems and components.

Eyes in the sky

Australian-based company LatConnect 60 has announced a global space partnership to build and deploy a smart satellite constellation over Australian skies to help the Australian Government and commercial clients monitor and protect their interests in the region.

Founded by Venkat Pillay and Rueben Rajasingam, the leadership team at LatConnect 60 brings with it a track record of having worked with the likes of NASA, the Canadian and European space programs, CSIRO and BHP Billiton.

Pillay, the company’s CEO, said that “The reality is [that] until now Australia has had to rely on overseas providers for access to critical earth observation data.

“COVID-19, coupled with rising global tensions, has made governments and companies take a closer look at the technologies they need and who they can rely on to provide those technologies in a crisis. Australia is too reliant on overseas companies for observation data and that data is not exclusive or secure.”

LatConnect 60 also announced a new security partnership with ProximaX that will use a combination of two-layer encryption, de-centralised storage and blockchain technology to encrypt and secure all data captured by LatConnect 60 satellites to ensure it is resilient to attack.

LatConnect 60’s smart satellite constellation will offer a service differentiator in the geospatial market by collecting high-resolution earth observation imagery products and RF signal intelligence at the same timestamp and processing it on-orbit with machine learning capabilities to make sense of the data.

“Our competitors have launched expensive multipurpose satellites not tailored to the Australian market. What sets our patent pending technology apart is that it is fit for purpose and as a result our services are more flexible, more reliable but also more affordable while providing the same quality, if not better, imaging,” Pillay said.

LatConnect 60 has chosen to set up its headquarters in Perth, while it is also plugged into the growing South Australian space ecosystem. It is also a start-up member of the SmartSat Cooperative Research Centre based in Adelaide.

“We have based our headquarters in Perth to take advantage of the space innovation hub which is coming to life thanks to the WA Government’s recent investment and leadership in developing these technologies which will provide the jobs of the future,” Pillay said.

LatConnect 60 is collaborating with satellite partner York Space Systems and Perth’s Curtin University, which will develop local capability in WA.

Professors Ba-Ngu Vo and Ba Tuong Vo, from the Intelligent Sensing and Perception (ISP) Group at Curtin University, have been selected as the main research partners with LatConnect 60.

“The ISP Group is developing new algorithms to exploit rapid advances in AI, IoT and embedded systems, which are expected to underpin the signal processing and data analytics on board the new satellites,” Professor Ba-Ngu Vo said.

“We are very pleased to collaborate with LatConnect 60 on this endeavour and we look forward to helping them to provide world-class remote sensing capabilities to their customers in the region,” said Charles Beames, Executive Chairman of York Space Systems.

“LatConnect 60 requires satellite constellations delivered on-orbit in months instead of years, and York is honoured to not only be selected to do this but also to deliver and improve upon their national security efforts.”

The key industries set to benefit from access to the new RF signal intelligence and high-resolution multispectral imaging include government security and intelligence agencies, as well as mining, oil and gas, agriculture, and maritime. Potential examples of use are maritime surveillance, resource exploration, and crop yield and change detection in farming.