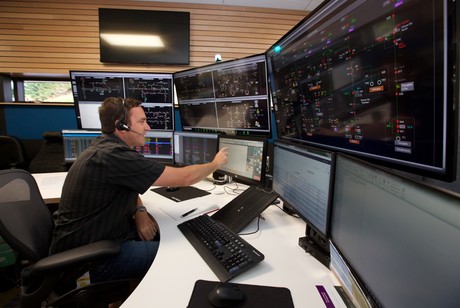 Keeping the lights on and the gas flowing to 442,000 homes, businesses and organisations across New Zealand’s North Island is no easy task. However, as the country’s second-largest utility provider, Powerco prides itself on safety and reliability for all. That includes fault crews in the field every day working alongside nine networks of electricity and gas lines.

But as the company’s needs changed, emergency communication became an issue with the electricity network.

“In the past, when we used the RT system that had a far smaller reach, we had fault staff needing to drive for half an hour to the top of a hill to get coverage so they could contact the control room,” said Phil Marsh, Powerco Network Operations Manager.

“There were places in areas such as the Tararuas, Wairarapa and Rangitikei where they simply didn’t have any comms or cell phone coverage — losing all communication with the control room, which is dangerous, particularly in an emergency.”

“When working with electricity, it is vital to be able to quickly and reliably contact those controlling the electricity network if there is an emergency, without worrying about black spots affecting radio coverage,” said John Batchelor, General Manager Power and Gas, at Downer New Zealand.

With the vision of providing a safer working environment as a clear goal, Powerco set out to design a digital radio system capable of ensuring at least 90% coverage across the company’s expansive work zones.

Other key criteria included enabling the company to retain control over the network and improve efficiency, while ultimately prioritising its field staff’s access to communications at Powerco’s network operations centre.

While there were other solutions the company considered, the ACOM system checked all the boxes. Aside from its highly customisable touchscreen display, the system supported multiple simultaneous active calls, included visual and audio alerts, and provided Powerco staff the ability to leverage advanced features, such as Bluetooth, encrypted messaging and SIP gateways, in addition to request-to-talk (RTT) and press-to-talk (PTT) communications.

“Zetron performed a proof of concept at Powerco’s site, which gave the Powerco evaluation team the insight and confidence that Zetron was the right fit,” Marsh explained. 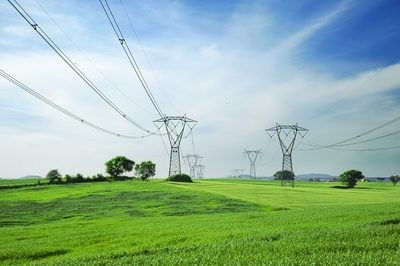 The project kicked off with Zetron and Hytera establishing a regional joint testing facility in Brisbane. Technicians from both companies worked to install and integrate the new DMR system with the assistance of Powerco’s engineers and lead project manager. Upon successful testing, the equipment was shipped to and deployed at Powerco facilities in New Plymouth and Tauranga.

From there, Zetron led training workshops for Powerco staff, including two ‘super user’ members of the company’s original design team.

The system went live with zero unplanned customer or service outages. Powerco executives described the implementation as “round smooth”, with minor challenges promptly addressed and successfully managed by the Zetron team and other suppliers.

Soon after deployment, the ACOM system underwent its first real test. Major storms battered the North Island and cut power to thousands of Powerco customers. But this time was different. Because of the new Digital Radio System, the company was better prepared to navigate the challenges.

In the past, the company’s Network Operation Centre would activate a storm room with additional operators on hand to manage the call overflow. But with the increased operational efficiencies provided by the new system, Powerco staff members were able to tackle the call volume without incident, and without needing to activate the storm room.

“There were four separate storm events in December, and three of those were after we moved in. It was probably the worst December I can remember for lightning strikes. We had 700 strike faults to take care of and had to replace 75 transformers,” Marsh said.

In fact, since deploying the new ACOM system, the company reports NOC operators have increased their overall call handling efficiency by 50% to 70%.

“Powerco now has coverage in some remote parts of New Zealand that no other provider of mobile or radio has. We are set up for the future,” Marsh said.

While generally supportive of the government's radio reform proposals, ARCIA has raised...

Electronic faxing in the cloud can effortlessly increase connectivity and build momentum towards...

Calm, cool heads in the cloud via AI-enabled network control

Wearable technology and the future of electronics